Charges of 'race baiting' and 'unicorns' in Florida Senate battle 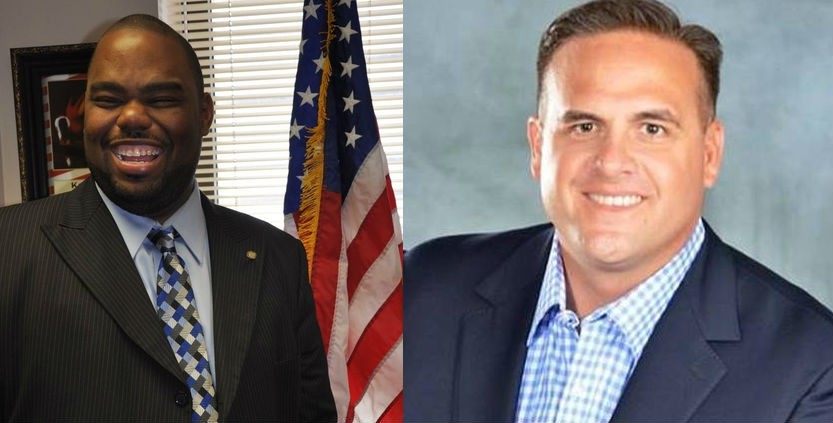 After surviving an expensive and nasty Democratic primary, state Sen. Dwight Bullard is now on the ropes in an equally brutal battle against a Republican challenger in a Miami-Dade County district. Bullard is the heir to a political dynasty established by his late mother, Larcenia, and says he was shaped in large part by witnessing the challenges his mother endured over more than three decades in public service, beginning with her experiences as a black female trying to gain entry into a sphere dominated by white men. But a controversial excursion to Israel and the West Bank hosted by the civil-rights group the Dream Defenders may lead to Bullard's undoing. And a newly redrawn district —- a product of the voter-approved Fair Districts constitutional amendments that ban lawmakers from drawing districts that favor incumbents or political parties —- could prove to be a major handicap for Bullard and an advantage for his opponent, state Rep. Frank Artiles. The revamped District 40 is home to far fewer black voters —- and many more Hispanics —- than the seat Bullard won in 2012. About three-fourths of the voting age population in the district is Hispanic, while blacks make up fewer than 10 percent. President Barack Obama won the district by more than 9 percentage points in 2012. The two candidates couldn't be farther apart on the ideological spectrum. Artiles, a Marine Corps veteran, is a tough-talking, unapologetic conservative who garnered national news for sponsoring a measure that would have banned transgender people from using bathrooms that don't match the gender on their birth certificates. Artiles maintains that the issue is one of privacy. He said the transgender community makes up a fraction of 1 percent of the general population and, as such, doesn't deserve special rights. "I do not want a heterosexual man to take a shower with my daughters or my wife. Period," he said in a recent telephone interview. "Everybody's privacy should be equal. Explain to me how a woman's right to privacy in her bathroom is bigoted." Artiles is among a rare breed of Republicans vying in swing seats who are openly supportive of GOP presidential nominee Donald Trump. Trump's positions on immigration have alienated Hispanic voters, and recent polls have showed Hispanics overwhelmingly support Democratic presidential candidate Hillary Clinton. Bullard, who was elected to the House in 2008 and to the Senate four years later, is a liberal educator who was a Bernie Sanders delegate at this summer's Democratic National Convention. "It's very interesting for an avid Trump supporter like Rep. Artiles to all of a sudden be concerned about women's safety," Bullard said recently. "At the end of the day, bar none, it's a discriminatory piece of legislation that you filed. You can give the chivalrous argument all day long, but the reality is you're discriminating against a group of people who are taxpaying citizens and deserve the same rights as anybody else." Artiles, elected to the House in 2010, was also the co-sponsor of a controversial law that limits doctors from asking patients about gun ownership. He said he backed the National Rifle Association-backed bill after being queried by his daughter's pediatrician about firearms. Many of Artiles' attacks against Bullard have centered on a trip the Democrat took to the Middle East with members of the Dream Defenders, a group affiliated with the Black Lives Matter movement. Bullard's tour guide on the trip was affiliated with the anti-Israel BDS movement, a pro-Palestinian group with ties to the Popular Front for the Liberation of Palestine, something Bullard said he was unaware of until news reports raised questions after he returned from the May trip. But Artiles and his supporters are painting Bullard —- who was pictured on social media wearing a Palestinian keffiyeh —- as a socialist who supports terrorism. "I think that people can trust a U.S. Marine, somebody who has actually put their life on the line to defend America and not someone whose quote is, 'I believe in co-existence,' "Artiles said. "How do you believe in co-existence when one faction wants to annihilate the other faction?" Bullard has spent much of his time in the days leading up to Tuesday's election defending himself against the accusations. "I don't regret taking the trip in the sense that I absolutely enjoyed my time over there, both in Israel and the West Bank, and met a great group of folks that are well-intentioned, wonderful people on both sides of the political diaspora," Bullard said. Bullard called his opponent a "disgusting person" who is "race baiting" to turn voters against the incumbent. "There's no getting around it," Bullard said. "We're watching the end of the tenure of our first black president, and you're using images of 9/11 and race and fear of … dark-skinned people or African-Americans to play up this notion rather than, I don't know, here's something crazy, standing on your own record." Artiles contends he has chipped away at Hispanic Democrats' support for Bullard and is "outperforming the top of the ticket" in the district overwhelmingly dominated by his fellow Latinos. "The Hispanic voter is tired of the political lies and the political innuendo. And they want someone who can produce results," he said. "Everything (Bullard) talks about is basically rainbows and unicorns … but he has not done anything for his community."