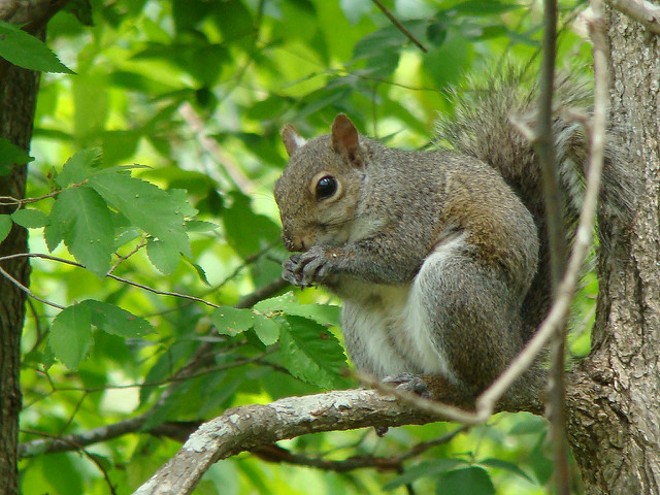 According to the Daytona Beach New-Journal, the squirrel got into the activity room of the Sterling Court retirement community after attacking residents outside and then latching onto someone's leg.

“We had a squirrel that entered our building, and it’s in our activity room,” a woman says in a 911 call posted online by WFTV. “It’s jumping on people and biting them and scratching them. We need help.”

Before authorities arrived, the squirrel had already attacked multiple residents, and was eventually booted outside.

All three squirrel attacks victims were treated and released from the hospital Thursday night, reports WESH.