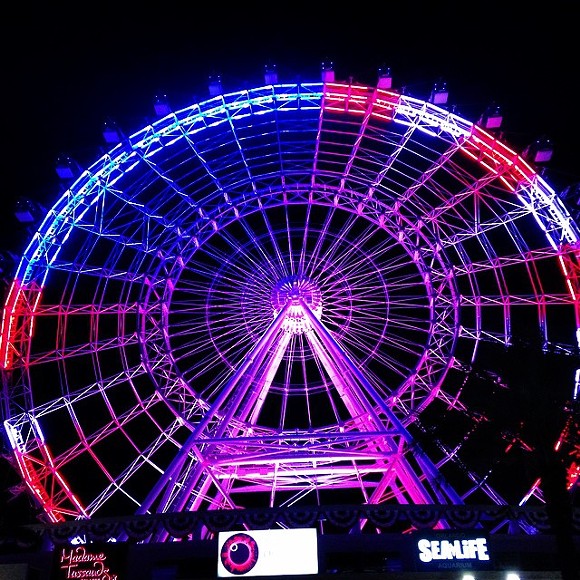 Orange Democrats Victory Party If you want to get wasted with a bunch of actual politicians, the Orange Democrats are throwing a victory party (hubris? or just, like, paying attention?) at the Abbey. You’ll get to see the victory/concession speeches from downticket candidates like Darren Soto, Aramis Ayala, Stephanie Murphy, Rick Singh, Scott Randolph and others. Plus, eavesdropping on drunken politicians as the national results roll in always yields creative profanity that you can co-opt into your day-to-day life. In the interest of fairness, we searched for the local Republican victory party, but were not able to find a public event.

American Idle Mills 50’s neighborhoodiest neighborhood bar celebrates democracy with an interactive talent show. Sign up to compete in five different categories and competitions to win the favor of the crowd and be elected Mr. or Ms. St. Matt’s American Idle. A live burlesque cabaret, singing and side acts fill out the night as the election results roll in.

Tumbleweed Election Night Comedy Show So many times this election season, we’ve had to laugh just because the only other reaction that would make sense would be to cry. Get your ha-has out during Election Night with the Tom & Dan-affiliated Tumbleweed Comedy Tour as it rolls into downtown’s Frank & Steins. Take advantage of the $4 Red Cypress beer special. You’re gonna need it.

Total Punk Turnbuckle Tuesday Election Night Pity Party You’re not the only one who thought that this election cycle resembled the trash-talking antics of the somehow-still-popular sportstainment spectacle of professional wrestling. Total Punk’s Turnbuckle Tuesday pays homage to classic wrestling and politics both, with classic wrestling matches playing in the front room and election results playing in the bar room at Will’s Pub. Come for the $1 PBRs from 10-11 p.m., stay for the $2 PBRs for the rest of the night. With any luck, you won’t remember the election the next morning.

Randy Rainbow hosts Election Night party at Parliament House
From his Grease-parodying "GOP Dropout" series to his Music Man-inspired "Trump Trouble" to his most recent musical parody, "The Nasty Woman," which apes The Sound of Music's "The Lonely Goatherd," Rainbow has been skewering the election with just the right amount of snark, insight, cattiness and musical theater.

Enzian screening of 'Idiocracy'
Depending on that night's election results, the movie's depiction of a country lacking even a modicum of intelligence may hit a bit close to home.