No, you don't need an 'I Voted' sticker to get a free #ElectionDay donut at Krispy Kreme 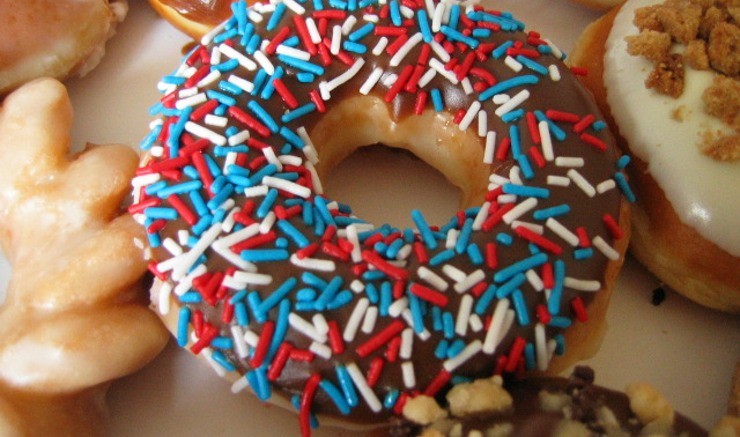 The complaint? Because they early voted, absentee voted or mailed in their ballot, they wouldn't get an "I Voted" sticker today and therefore would be disqualified from getting a free #ElectionDay donut at Krispy Kreme today.

I just couldn't believe that such an egalitarian institution as Krispy Kreme would disenfranchise millions of donut-lovers around the country just for not having a sticker that said they did their civic duty.

I went straight to the source.

@krispykreme What about those who early/absentee/mail-in voted and didn't get a sticker?? We can haz free donut too? #Election2016

A couple of minutes later, the patriots at @krispykreme responded with the kind of fervor I'd only expect from a donut shop that has America's best interests in mind.

@chefhollywog No sticker required. Walk in & mention that you want your #ElectionDay doughnut at participating shops https://t.co/mS1FulwSGG

So there you go, people of this Great Nation. Eat your feelings. We all deserve it today.