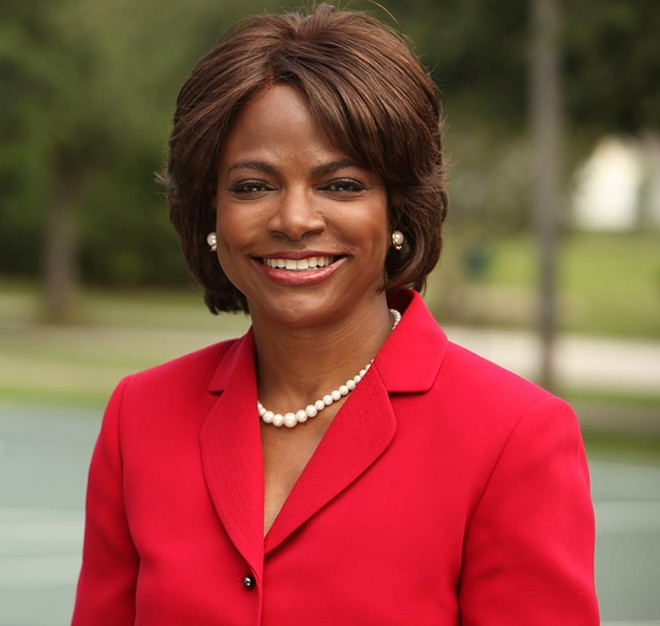 The Associated Press declared former Orlando Police Chief Val Demings the winner in Florida's Congressional District 10 after she captured 65 percent of the vote early in the night.

"I am so humbled and grateful that the people of Central Florida chose me to represent them in Washington," Demings says in a statement. "As the daughter of a maid and a janitor, my parents taught me the importance of hard work and believing in myself. Without those values I wouldn't be standing here today. I have made it my priority to protect and serve this community for the past three decades, and I look forward to continuing that work in Washington."