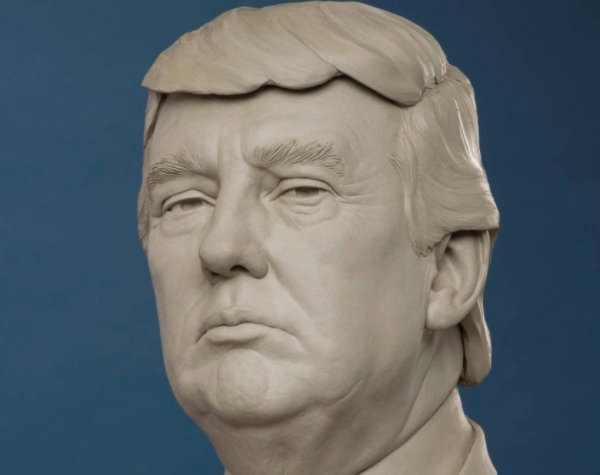 You'll soon be able to compare hand sizes with a life-like model of President-elect Donald Trump.

Madame Tussauds is wasting no time creating a wax figurine of Donald Trump. The wax museum announced this morning via Twitter that they will have a new version of Trump ready by Inauguration Day.

Trump will be the first president to have a figurine added before he is even elected. Models will be featured in Madame Tussauds' Orlando, Washington D.C., London and New York locations.

The wax artists, based out of London, have worked on both Clinton and Trump models since June. With the announcement of Trump winning, they released a picture of the head model (see above).

Lets see how many layers of paint it takes to get that orange hue.