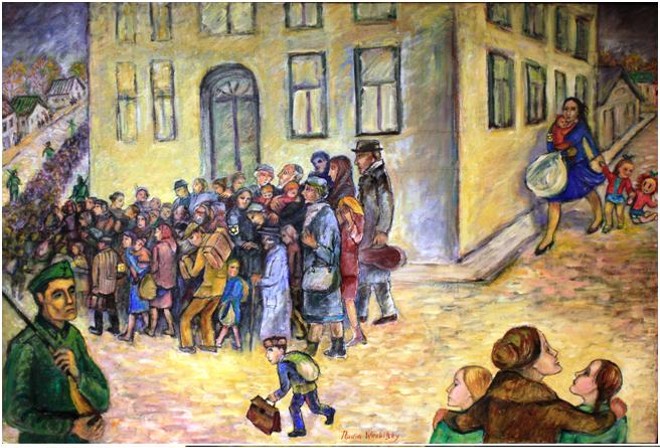 The Holocaust Memorial Resource & Education Center of Florida
in Maitland observes its annual Kristallnacht Community Commemoration this Sunday, Nov. 6, with free programs at at 2 and 4 p.m. A theater performance based on their current exhibit, Two Regimes. Actors will describe the emotional journey of Teodora Verbitskya, who chronicled her experiences in Russia in the first half of the 20th century, and her daughter Nadia Werbitzky, who transformed her mother’s journal and her own childhood experiences into stunning paintings.

Kristallnacht, or "Night of Broken Glass," is the name historians gave to the events of Nov. 9, 1938, when Nazi forces rained destruction on Jewish people throughout the country. Their fellow citizens, those not under attack, stood by as homes and businesses were burned. German authorities did not intervene: police did nothing about property damage, beatings and murders; fire departments did not attempt to put out burning buildings owned by Jewish citizens or rescue those trapped within. Storm troopers overturned gravestones and violated graves. 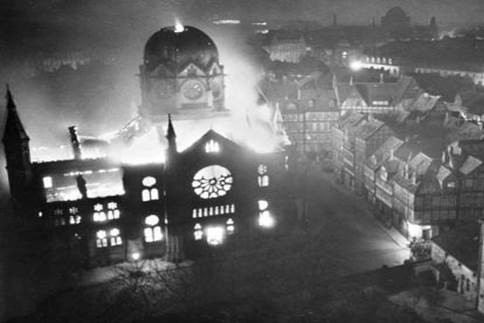 By morning, shards of broken glass littered the streets and 91 people were murdered, a death toll which rose into the hundreds by the end of the week; 30,000 people were arrested and jailed in concentration camps.

British correspondent Hugh Greene wrote in the Daily Telegraph about what he saw in Berlin that night:

Kristallnacht was the logical path following the election of a power-hungry racist. As chancellor, Hitler placed the blame for the economic pain being felt by some of the German people on the doorstep of other, more easily singled-out segments of the citizenry – not just Jews but also gays, immigrants, and the disabled. Does any of this sound familiar?

His policies, enacted through law, made those "outsiders" targets within the general population and resulted in the extermination of 11 million humans. Remember: “The only thing necessary for the triumph of evil is for good men [and women] to do nothing.”