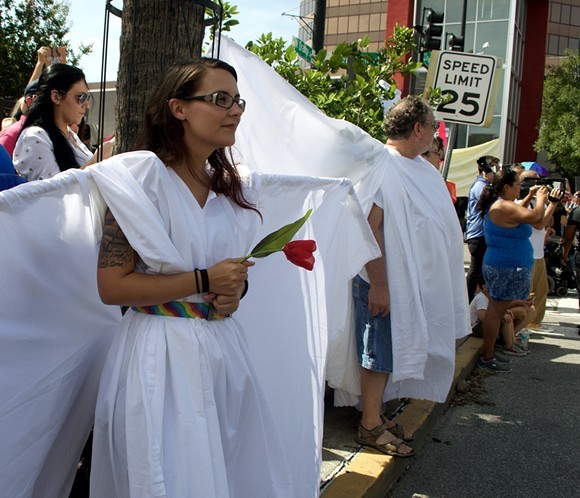 2016 was a real kick in the pants. However, a Tumblr post, which was now gone viral, spotlights some of the bright spots that should be remembered, like the "Pulse angels."

On June 18, only six days after the deadliest shooting in U.S. history at gay nightclub Pulse, the Westboro Baptist Church planned to protest the funerals of two of the victims. The victims' families were shielded from Westboro's chants and sign by 50 sets of angel wings constructed by Orlando Shakespeare Theater's costume shop.

The "angels" were joined by hundreds of others who sung "Amazing Grace" together to drown out the church's yelling.

The Tumblr list was written by user helthehatter and was tagged with "Never Forget the Good" and "Hope for Humanity." At the end of the list, the user encouraged others to add to it and keep the positivity going.

Other items on the list include new chemotherapy breakthroughs, Harriet Tubman's replacement of Andrew Jackson on the $20, Leonardo Dicaprio's Oscar win, and the release of Zootopia.