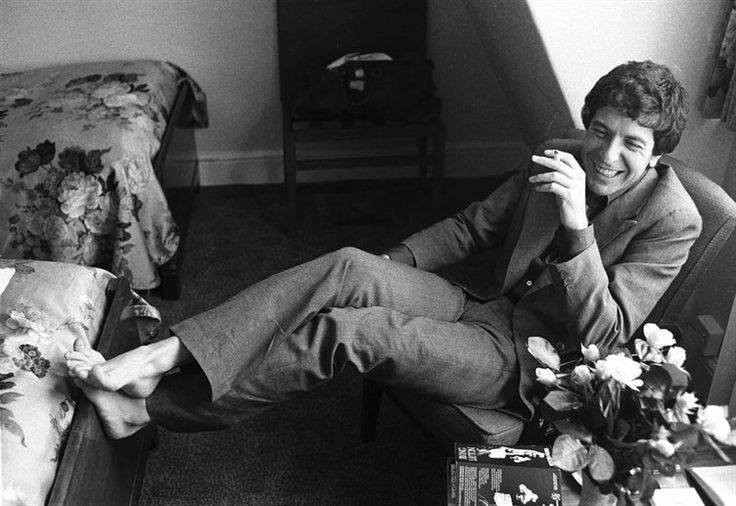 Legendary musician and poet Leonard Cohen died yesterday. It was simultaneously a shocking punch to the stomach and yet one of the most heartbreakingly stage-managed and telegraphed deaths since David Bowie disappeared through a door at the end of the "Lazarus" music video.

Leonard Cohen's farewell was long and thoughtful and incredibly comforting, as befits a lifelong wordsmith and Zen Buddhist. His final album, released this year, the incredibly titled You Want It Darker (please note that it's not phrased as a question), was a fitting artistic last word. Going out at the top of his game, vocally, lyrically, thematically. The chorus of the title track — "You want it darker/We kill the flame" — keeps echoing in my head over and over again.

Then there was the letter that Cohen wrote to his muse and former lover Marianne (the subject of the song "So Long Marianne"), an affectionate remembrance and a lesson in acceptance that had BBC announcers choking up as they read it:


Well Marianne it's come to this time when we are really so old and our bodies are falling apart and I think I will follow you very soon. Know that I am so close behind you that if you stretch out your hand, I think you can reach mine.


In an interview Cohen gave recently he spoke about being ready to die, musing that he hoped it wouldn't be too painful or protracted. He spoke these words clearly and plainly, without a hint of regret or fear. His son Adam, a mere few days before his death, opined that: "They say that life is a beautiful play with a terrible third act. If that's the case, it must not apply to Leonard Cohen. Right now, at the end of his career, perhaps at the end of his life, he's at the summit of his powers."

Fittingly, Leonard Cohen leaves us heartbroken and wanting more. We suggest playing "Sisters of Mercy," "So Long Marianne," "Famous Blue Raincoat," "Waiting for the Miracle," and the whole of You Want It Darker immediately and repeatedly.