The King Khan & BBQ Show get gloriously filthy at the Social 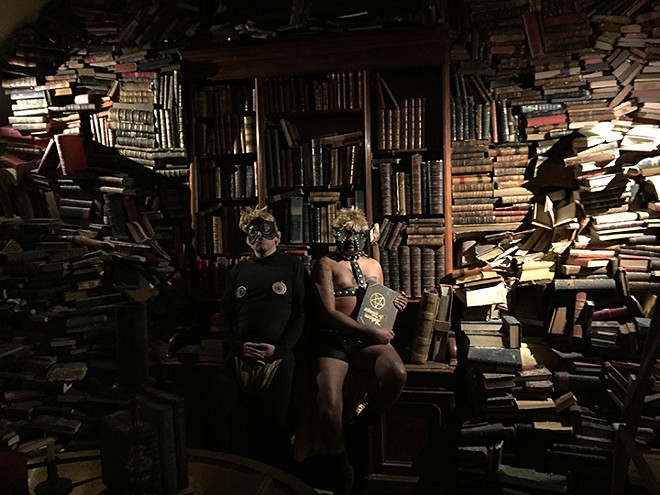 It was a wild ride for wildman duo Arish "King Khan" Khan and Mark "BBQ" Sultan, going from gigs in gritty watering holes and punk clubs in Montreal in 2004 to touring the world and being invited to play the Sydney Opera House by Lou Reed in 2010. But the same feral energy that animates their live and recorded work tore them apart immediately after the Sydney engagement. They started solo projects as a matter of course, but the chemistry of their doo-wop garage punk was sorely missed. Eventually though, they buried the hatchet and produced their latest album, Bad News Boys, in 2015. And we're happy to report that the thrill is not gone. The King Khan & BBQ Show still make gloriously filthy rock music. Their recordings are lo-fi in all the best ways: recorded live in basements and apartments giving that added oomph as both play guitars and sing, and BBQ even plays drums live with his feet as he strums. Their energetic, magical show goes with the flow, bringing real crazy fun to fans all over.