A truth about music acts: Most are pretty easily categorized. There are a lot out there who really, adorably try to resist taxonomy, but it’s usually not hard to box them pretty tidily. East Coast original Ted Leo, however, is one of the rare ones. It’s simple enough to cite the punk fire in his belly, or his gutsy folk intellect. But there’s something else in his blindingly exuberant songs that’s even more essential and defining that escapes those and any genre tags. Comb through even the most acrobatic rock critic’s lexicon all you want but you still won’t be able to lasso that particular, quintessential Ted Leo thing. So that’s all you can call it. That’s the very definition of singular.

Another musical truth: Very few artists sound as good solo as they do with a full band. Now Leo doesn’t trump – sorry, too soon – um, defy this axiom. But he comes exhilaratingly close. Again, that’s because he’s Ted Leo, and no one else is. Only he boils over with molten heart quite like this. And a flame, that flame, does anything but lose its heat or burn when you remove the layers.

In fact, this recent individual performance (Nov. 13, Will’s Pub) was the Ted Leo experience as pure, unfiltered and personal as I’ve ever seen. After the national devastation last week, this room was filled on a Sunday because we all needed this, and he acknowledged it before even playing a note. Then he proceeded to obliterate the collective pall with gusting vigor and indomitable life.

Over and over, Leo’s performances prove him to be a raw, thoughtful and real artist and person with no compulsion to bloat or hide it. It’s why he’s as much a folk hero as he is a cult hero. 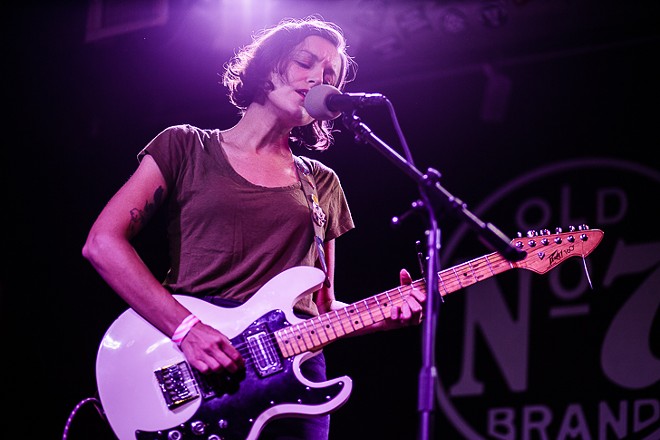 Baltimore opener Outer Spaces – the musical vehicle for Cara Beth Satalino that’s released on notable labels like Don Giovanni and Matador – was an unassumingly gorgeous echo of a fond past. 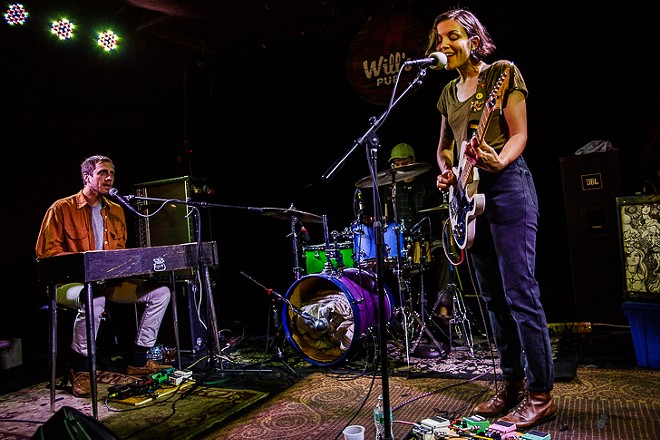 The trio’s jangly, no-frills songs are decidedly the old-fashioned kind whose only sales hook are earnest melodies and sweet wistfulness. Indie rock hasn’t been this beautifully elemental since the ‘80s when it was still a small underground college scene. And it’s nice to see it revived with such lovely intuition and authenticity.

Tampa’s Empire Cinema impressed again with the clarity and force of their sound. With looming melodies and big, assertive guitars, they blend classic post-punk mood with tall, modern indie-rock horsepower. They’re like Interpol suddenly woke up and just said, fuck it, let’s rock. And, live, that’s exactly what they do in a very serious way. 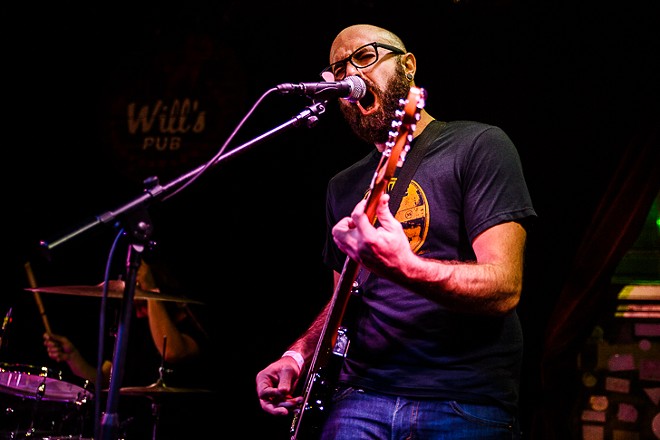