The Roots announce end of year blowout in Orlando 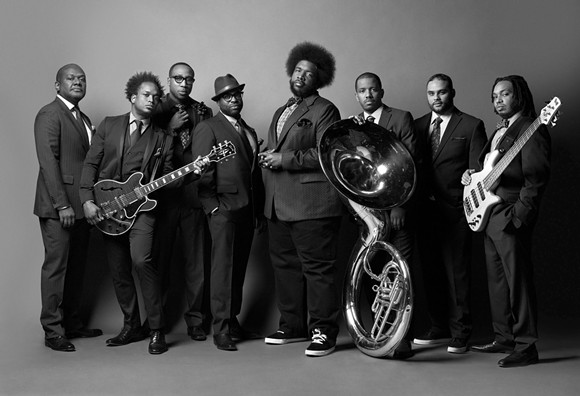 Cancel your post-holiday depression. Hip-hop/soul collective The Roots have announced an Orlando date smack in between Christmas and New Year's.

This is one of just two shows announced in the U.S. for December for the Philadelphia band who, in between providing in-house music for the Tonight Show most weeknights, also keeps up a regular tour schedule and keeps releasing a steady stream of politically-aware and crucial music. (Their seventeenth album, End Game, is set for imminent release in 2017.)