Officials with the Florida Fish and Wildlife Conservation Commission approved 13 new "Critical Wildlife Areas" that will be completely off-limits to humans.

According to the FWC, these protected areas are designed to help keep wading birds and other wildlife safe from human disturbance so that they can successfully breed, feed and migrate in peace. This is the first time in nearly 30 years the FWC has approved this many CWAs at once.

The FWC also stated that they will improve 5 already existing Critical Wildlife Areas.

“These new and improved Critical Wildlife Areas will serve as wildlife conservation hubs­—places that function as nurseries and feeding stations for signature Florida species,” said FWC Chairman Brian Yablonski in a statement. “These small areas will have a huge impact on our vulnerable bird and wildlife populations, such as reddish egrets, roseate spoonbills and oystercatchers.”

Including the 13 new areas, there are now 33 total CWAs in Florida. Trespassing in these protected zones during posted off-limit seasons will result in a ticket.

To find out more about CWAs, and where exactly they all are, click here. 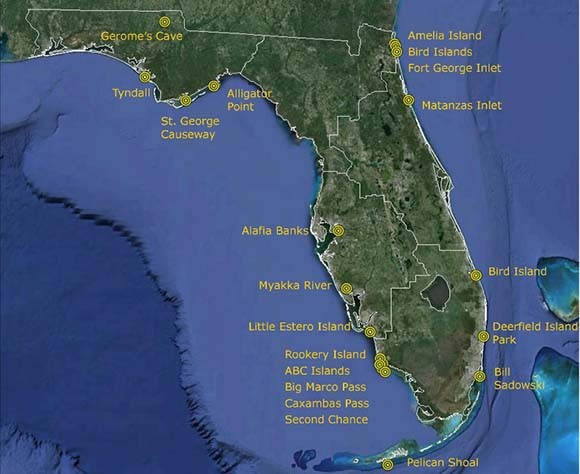