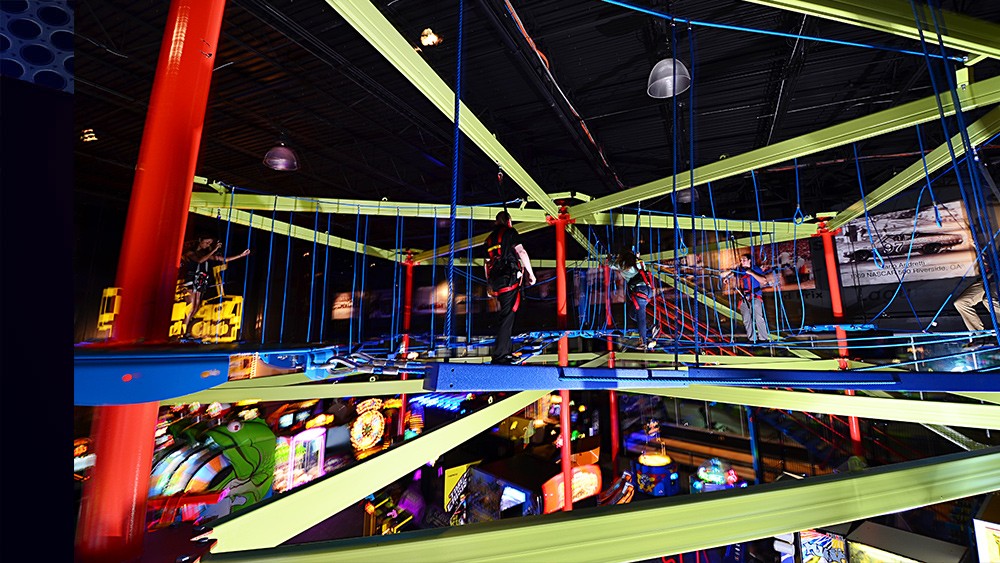 There’s been talk for years about how Universal Boulevard will become the new hot spot in the tourist district, but for years the land has sat mostly undeveloped. Now there’s a new family entertainment center that just broke ground that will put Universal Boulevard on the top of local places to go for corporate events, family gatherings and special evenings.

The Andretti Indoor Karting and Games will be a one-stop shop for nearly every type of indoor thrill.

What began as a 95,000 . ft. facility indoor karting facility has evolved into a flagship location for Andretti Indoor Karting, now spanning 160,000 sq.ft. The signature go-karting is still the primary focus at the new massive facility. The massive multi-level track can be broken into multiple smaller tracks to allow for different groups or ages to kart at the same time. The track will feature what Andretti describes as “the most elevation changes and banked turns in the world” for any indoor karting track. The building has an iconic curved corner sticking out on the building where drivers will race past large floor to ceiling windows that overlook Universal Boulevard.

The karts themselves will be Sodi RTX electric karts that allow for pre-set speeds meaning a great variety of skill levels are able to enjoy a challenging, fun karting experience. The karts will also have remote emergency shut-off switches giving the karts a major step up safety-wise from traditional go-karts.

An "impressive" LED light package will make the facility stand out at night time. A race car will sit on display along the front of the building greeting pedestrians who choose to walk to the facility that's located directly across the street from the Orange County Convention Center.

Other important attractions in the facility include a multi-level laser tag arena, a ropes course with a curved feature, an interactive Triotech 7D theater similar to the one recently opened in the Orlando Eye Terminal Building just up the street, a massive arcade with over 120 arcade games, a 12-lane bowling alley and professional level racing simulators. Every aspect of the Andretti facility is designed and themed with racing in mind.

Beyond the attractions, Andretti will also feature a full-service restaurant serving only fresh, non-frozen food. The locations in Georiga feature an open-concept kitchen with a large brick oven visible from the dining room. While few details on the new restaurant have been released we do have confirmation that a brick oven will also be included in this kitchen. A Sky Bar with a domed, blue-tinted skylight roof will offer 180-degree views of the track. Over 100 HD TVs will fill the sports bar. 10,000 . ft. of special events space will round out the facility. This is an increase of roughly 3,000 . ft. of events space from what was originally announced.

At a press conference last week, Andretti officials confirmed that they’re planning to hire 300+ employees for the new facility.

If all of this isn’t enough to draw you off of I-Drive and onto Universal Boulevard, just across a parking lot with Andretti will be Orlando’s first TopGolf location. Both TopGolf and Andretti Indoor Karting and Games will open mid-2017.