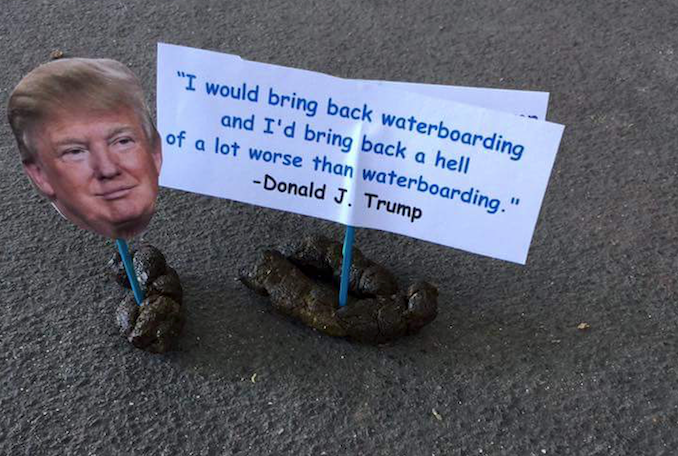 Like the combination of fine wine and cheese, a Florida artist is pairing some of the most vile quotes from President-elect Donald Trump with stray dog turds.

South Beach artist Allan Adler, who doesn't own a dog, runs the Facebook account Pieces of Trump, which essentially brings awareness to some of the more memorable crap to come out of The Donald's mouth, as well as people not picking up after their pets.

"This is definitely not fine art," he says. "I don't think it's public art, and I have a hard time calling it 'art.' But it is making an artistic statement," said Adler to the Miami New Times.

"I'm just trying to have fun with it and make light of something that really got me down," he says. "This is the crap he's said and done, and somehow he got elected."

Read more of Adler's fantastic interview with the Times here.