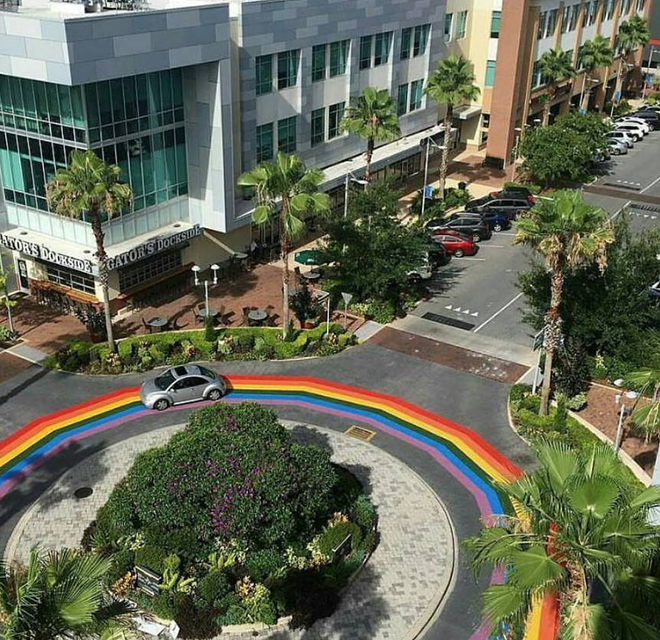 Formerly known as Downtown South, the Main Street District located south of downtown has officially rebranded and changed its name to the SoDo District.

Thanks to the Target-anchored Sodo shopping center, an early stakeholder in the area's revitalization that pre-dated the formation of the Main Street District association, the area has been unofficially known as SoDo in recent years; this name change is a smart step toward accepting the public voice.

The growing district wants to focus on embracing the area's history but still look toward diversity and growth. Their mission is "to improve the community by design, promote collaboration between local businesses and residents and create a fun atmosphere to live, work and play." They envision a community filled with residents and local businesses embracing innovation within the district's "vintage roots."

“This is a positive step forward for our business district, especially after the tragedy at the Pulse nightclub, one of our area businesses,” said District Board of Directors chairwoman Leah Nash in a press release. “This will be the foundation of our future vitalization efforts to generate renewed interest in the district.”

According to the website, now found at sododistrict.org, the district plans to create new and preserve existing retail opportunities, build up civic spaces, add streetscape improvements and more.

Banners with the district's logo will be spread throughout the area, replacing the currently installed "Orlando United" and "Orlando Strong" banners. Those banners, hung after the Pulse shootings, will be donated to local businesses and community partners who showed major support during the tragedy.

The new logo and name will be introduced at the annual holiday tree lighting ceremony taking place Sunday, Dec. 4, at SODO shopping center.

The district also plans to host annual events and festivals, recruit new shops and preserve existing businesses and investment in the area.

SoDo District is a 501(c)3 nonprofit corporation established in fall 2008 and surrounds Orange Avenue from Lucerne Circle on the north to Pineloch on the south, and Michigan Street from Fern Creek on the east and Division on the west.