First commercial flight from U.S. to Cuba in over 50 years lands in Havana 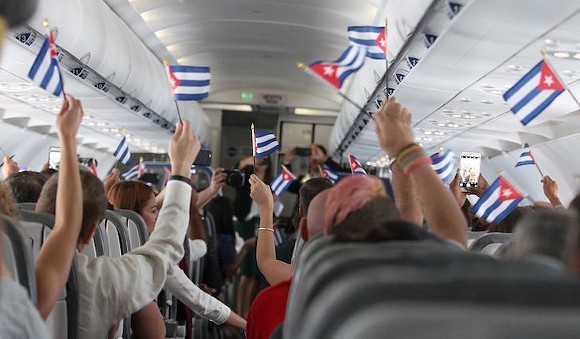 Just days after the death of former leader Fidel Castro, the first commercial flight in over 50 years landed in Havana, Cuba today.

With 145 passengers onboard, the American Airlines flight took off shortly after 7:30 a.m. from Miami International Airport, reports the Miami Herald.

It's worth noting that several airlines began routes to other Cuban cities earlier this year, however Monday's flight was the first of the new Havana-bound service and the first of four daily flights from American Airlines from Miami International Airport to Havana.

According to the Herald, JetBlue will start twice-daily service from Orlando on Tuesday and Fort Lauderdale on Wednesday.

Back in February, the U.S. and Cuba agreed to restore commercial air traffic, which was part of President Barack Obama's plans to renew relations with the Cuban government.