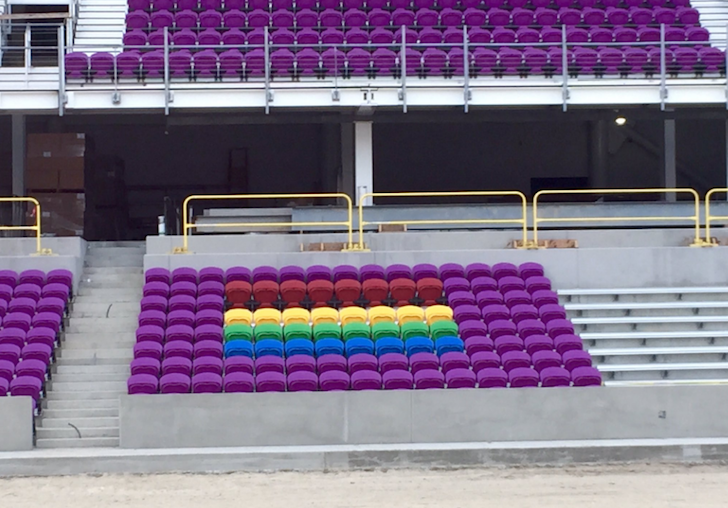 Over the past Thanksgiving weekend, the Orlando City Stadium installed a section of colorful seats creating a rainbow flag as a tribute to the Pulse tragedy.

Philip Rawlins, founder and president of the Orlando City Soccer Club, tweeted a picture of the newly installed seats.

The downtown stadium will be home to Orlando City and Orlando Pride soccer teams. Opening in 2017, it will hold up to 25,500 fans.

Keep up with the stadium's current construction here.