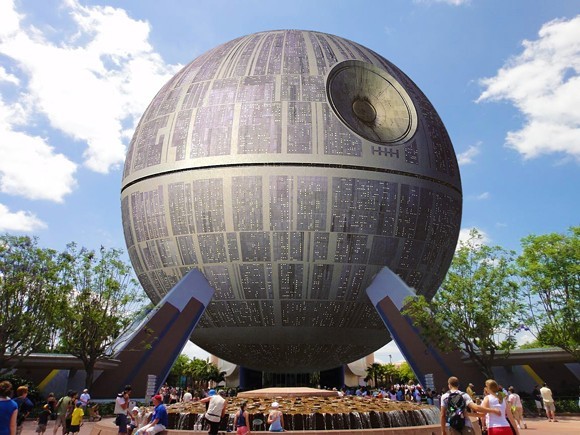 To celebrate both Star Wars at Disney's Hollywood Studios and the upcoming film Rogue One: A Star Wars Story, Epcot's Spaceship Earth will be transformed into a giant Death Star using digital projections.

Hosted by the Disney Parks Blog, this special transformation will take place during after hours on December 5, as part of an invite-only meet-up with media folk.

If this is you, RSVP here.

However, if this isn't you, Disney says they will broadcast the event live on their official blog.

Former Orlando Weekly art director and theme park prognosticator Adam McCabe sort of predicted this would happen back in 2013.