I Love the '90s Tour at Amway features Salt-N-Pepa, Coolio and more superstars of yesteryear 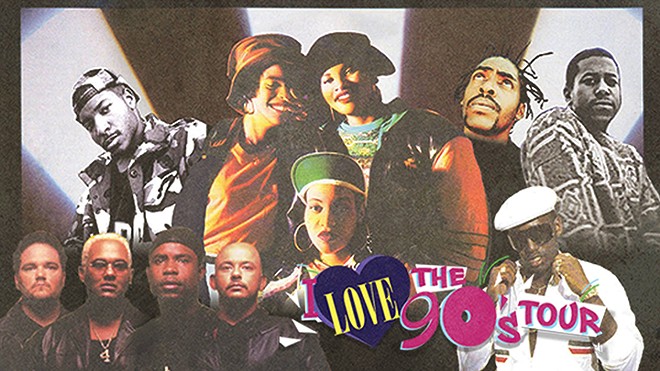 With more VH1 Surreal Life cast members than they'd probably like to admit, the I Love the '90s Tour is rolling up to Orlando, Hammer pants in hand. Salt N Pepa, Coolio, Young MC and others are riding on a wave of nostalgia, playing their hits from decades past to an audience in desperate need of being thrown back. The '90s were a simpler time, and not just musically. The Clintons were still kind of liked, a loved one could walk you to the gate of your flight (with their shoes on the whole time!) and if you mentioned Donald Trump outside of New York City, you were likely to get more raised eyebrows than curled fists. "Gangsta's Paradise," "Let's Talk About Sex" and "Bust a Move" are setlist mainstays, but if you're enough of a fan, you might recognize some deeper cuts you can wild out over. Do break out your neon windbreaker and any kind of FUBU gear you might have buried deep in your closet (in a box presumably labeled "do not open") and turn out for this very literal flashback.