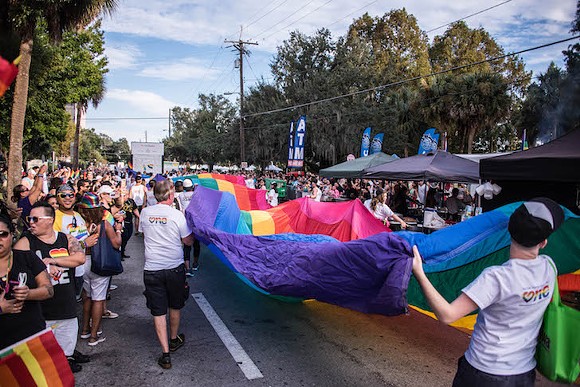 The OneOrlando Fund has distributed $27.4 million to the survivors and families of the 49 victims killed at the gay nightclub Pulse.

The city of Orlando announced that so far, they've paid out funds to 299 claims, which represent almost all of the eligible claims that were filed. Six claims are still unpaid because the family members have not come to an agreement regarding distribution. If the parties do not reach a consensus regarding the money, the claim goes on to probate court.

Each of the families of the 49 victims get $350,000 from the OneOrlando Fund. The 37 survivors who were hospitalized after the shooting received anywhere from $65,000 to $300,000 depending on how many nights they spent at the hospital, while 31 people who required outpatient treatment for their injuries get $35,000 each. An additional 182 patrons of Pulse who were there when the shooting began but not injured received $25,000 each.

The city says about 33 claims were deemed ineligible because people who submitted them were not inside of Pulse when the mass shooting started or their presence could not be verified by the FBI.

The fund has continued to receive donations after the deadline, which now amount to $655,000. After the fund closes on Jan. 1, the OneOrlando board will look into how to distribute the remaining funds.