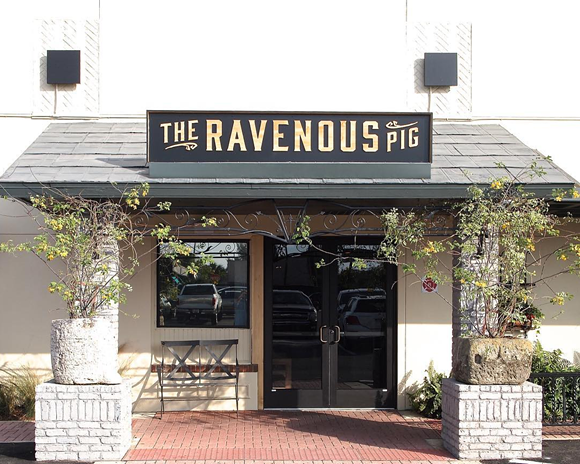 The Ravenous Pig, which moved just a few blocks away from its original Winter Park location on Orange Ave., will officially open this Saturday, Dec. 3.

The Ravenous Pig's new location, in the former Cask & Larder space on 565 W. Fairbanks Ave., has been completely renovated. “Interior upgrades include new industrial finishes, an original abstract mural by the talented Charleston-based artist Raven Roxanne and expansion of restaurant occupancy from 120 to 140 seats,” chef and co-owner Julie Petrakis said in a statement. “We’re also finishing an exterior redesign that will create additional parking and allow us to host great outdoors events, including the re-launch of the popular monthly neighborhood roast series in January.”

The Ravenous Pig will continue to be open seven days a week with new hours, serving lunch and dinner as well as Sunday brunch.

There are no changes to the menu's signature dishes, like the popular steak frites and Cape Canaveral rock shrimp & grits, and the restaurant will continue to serve ever-changing lunch, and dinner specials.

The bar will feature a daily and late-night happy hour from Thursday to Saturday, as well as a special menu outside of lunch and dinner hours.

Don’t forget, the Swine Family announced the opening of a new restaurant, The Polite Pig, at Disney Springs in 2017.

The Petrakis' Cask & Larder restaurant has now moved to a 6,000-square-foot location the Orlando International Airport. The Cask & Larder brewery remains in the Fairbanks location, sharing space with the RavPig.