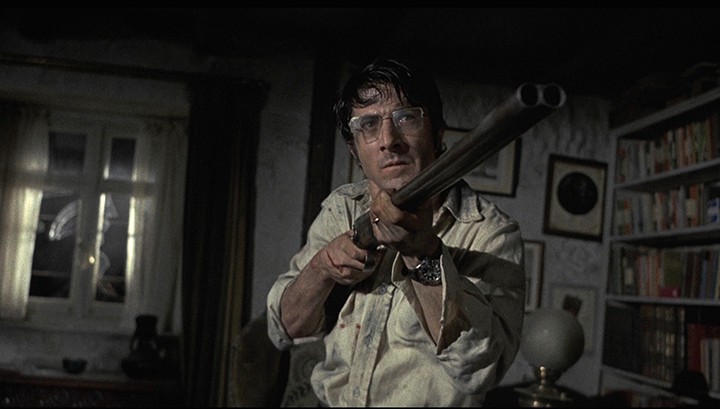 This installation of beloved local film series Uncomfortable Brunch was originally scheduled for July, but in the wake of Pulse, the organizers opted to hold a fundraiser event for victims featuring Boys Don’t Cry instead. Little did they know that we’d be in a post-election scenario in which Sam Peckinpah’s 1971 treatise on violence, masculinity and fragile male egos would be so poignant. Straw Dogs follows an American professor, David (Dustin Hoffman), who rents a cottage in his English wife’s native Cornwall. Unfortunately, his wife’s ex-boyfriend and his goony pals view David as a weak egghead, undeserving of the beautiful wife he’s, in their view, purloined from their clutches. As things get further and further out of hand, the film executes scenes of escalating violence that hit the audience like a literal punch to the gut. There are a lot of things going on in the subtext of the film, which has resulted in it being derided almost as often as it’s praised. Many view its depiction of the wife as inherently misogynist, though censor boards unwittingly contributed to that analysis by cutting crucial moments out of a certain scene. And the debate over whether it condemns or glorifies violence will probably go on for as long as it’s able to find an audience. But in a time where some of us are feeling a little bit like vicious uneducated rednecks are literally out to get us, Straw Dogs hits even closer to home than usual. Just FYI: Amazon does, in fact, sell bear traps. You’ll understand later.