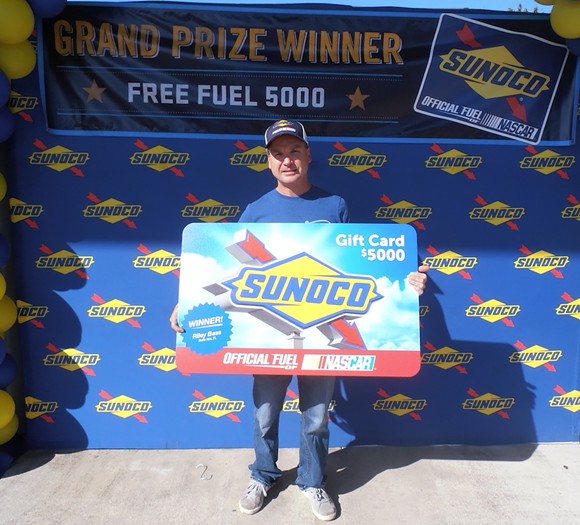 Disney employee, NASCAR fan, Belle Isle resident and father of three Riley Bass learned today he was one of 14 Grand Prize winners across the country of the Sunoco Free Fuel 5000 contest. Bass accepted the prize of $5,000 in free gas at a Sunoco station on Conway Road, the same one where the Sunoco decal on his Ford Fusion Hybrid was spotted, making him eligible to win.

Bas says he uses Sunoco because “there are three stations close to my house,” adding, “I thought if this gas is good enough for the NASCAR racers, it has to be good enough for my car.” For 12 years, the Free Fuel 5000 contest has rewarded Sunoco customers who show off the same Sunoco decal found on their favorite NASCAR racecars.

Riley plans to take a summer road trip with his children. Sunoco estimates that because he drives a hybrid, the $5K should last him about six years.