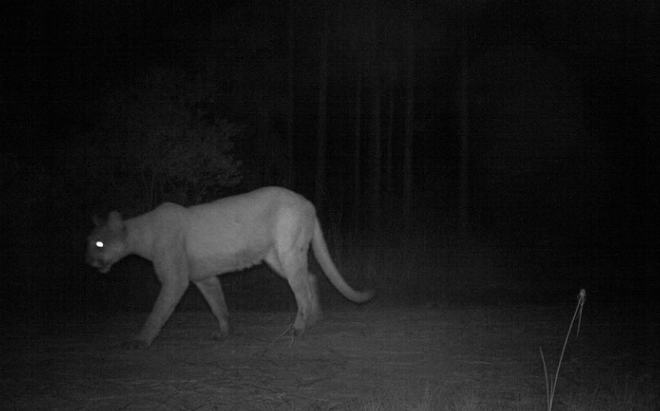 Last night a panther was struck and killed by a vehicle in Collier County, bringing the total number killed by motorists in 2016 to 31 – an all time record for the state of Florida.

According to the Tampa Bay Times, biologists found the carcass of a 2-year-old female panther on State Road 29. The driver didn't stick around to report the death.

"Death by car" is without a doubt the most common form of panther death in the Sunshine State, killing almost 10 percent of the total population each year since 2014. Last year, Florida motorists broke 2014's record of 25 car-related panther deaths with a final count of 30.

The Florida Fish & Wildlife Conservation Commission, who once said it's time to give up on trying to save panthers, believe there are now roughly 100-180 of these endangered cats left in the state.

2016 has been a brutal year for our official state animal. With just a few weeks left in the year, the total number of dead panthers is now 39, which is also another incredibly sad state record.