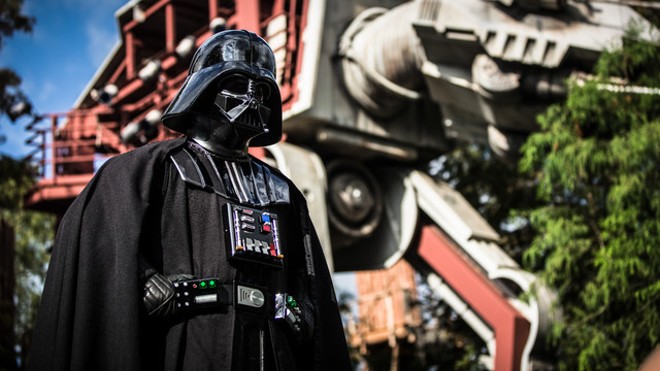 It’s well known that Disney’s Hollywood Studios (DHS) is in the midst of a major facelift that’s causing many of its older attractions to close, and the park has been relying heavily on Star Wars to bring guests in during this construction period.

From nightly Star Wars-themed fireworks to a museum filled with props from the films, DHS has become a patchwork of random, disjointed Star Wars experiences.

Disney is now offering a seven hour Star Wars-themed tour of a theme park that even Google notes most people only spend about three and half hours in.

The new $129 guided tour gives Star Wars fans the ultimate day at Hollywood Studios. It includes skipping the line for a trip on Star Tours – The Adventure Continues, a viewing of the Star Wars: Path of the Jedi short film, two meet-and-greets and a tour of the prop-filled Star Wars Launch Bay. The tour will be guided by a Star Wars “all-in-the-know” tour guide, according to Disney.

Interestingly, even with every single Star Wars attraction in the park on the tour, all together they still add up to less than two hours of content. With skipping the lines and other time-cutting tools used for those on the tour, it's still a bit of a mystery how Disney will fill seven hours.

One of the most telling aspects of the tour is that it will be offered throughout 2017 on Mondays and Saturdays. This tells us that most, if not all, of the current Star Wars offerings at will remain in the park until at least the end of 2017.

No word on whether Disney will offer a 10-hour tour of the construction walls and empty buildings that fill that park even more than Star Wars.