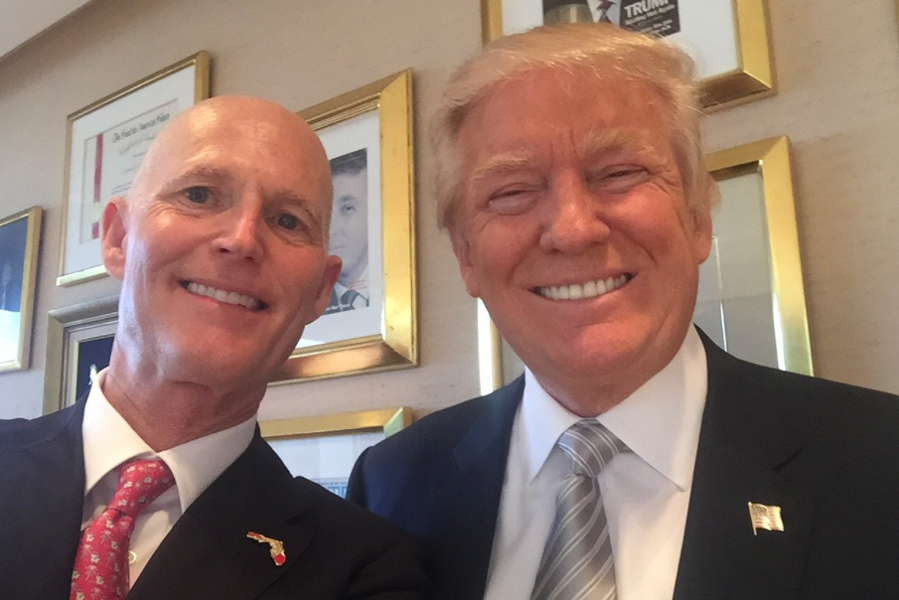 Gov. Rick Scott's desire for Jacksonville to become a base for a squadron of the F-35 Joint Strike Fighter could clash with a stance of President-elect Donald Trump. Scott tweeted Friday that the Florida Air National Guard 125th Fighter Wing at Jacksonville International Airport would make "a great home" for the jets.

Great news that the FL Air National Guard 125th Fighter Wing in Jacksonville has been selected as a finalist to receive the F-35 Fighter!

However, Trump reaffirmed his objection to the F-35 program in a tweet on Monday. "The F-35 program and cost is out of control. Billions of dollars can and will be saved on military (and other) purchases after January 20th," Trump tweeted. Trump had also criticized the jet during the presidential campaign. The jet was conceived in 1996 to replace other aircraft, but redesigns and other factors have driven up the costs. A report from the U.S. Government Accountability Office in 2014 pegged the operating costs of the fleet at 79 percent higher than the aircraft the F-35 is expected to replace.

Florida has the country's best national guardsmen and facilities and Jacksonville would be a great home for the F-35 Joint Strike Fighter.

The Jacksonville base made the shortlist for the next squadron location, which last Wednesday was whittled from 18 to five. "Florida has the country's best national guardsmen and facilities and Jacksonville would be a great home for the F-35 Joint Strike Fighter," Scott said in a tweet. While no timeline has been announced to select the base, Jacksonville is up against facilities in Montgomery, Ala.; Boise, Idaho; Selfridge, Mich., and Dane County, Wis.