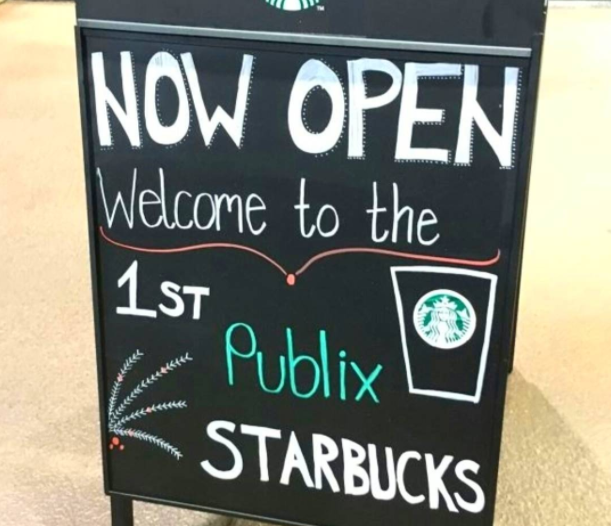 Located next to the deli, the first Starbucks to ever grace the inside of a Publix opened at the Winter Park Village location.

The Winter Park Village Publix is the first of four locations that will be testing out the new satellite Starbucks, which opened last Thursday, December 15.

According to a spokesman with Publix, the other locations include Tampa, Charlotte, and Winston-Salem.

The time frame for those locations has not been determined.