You can now order Shake Shack from your phone 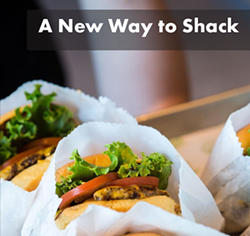 Last week, we reported that McDonalds will start a delivery and online ordering/payment system in Florida via their app. Expect more quick-service spots to follow suit. The next to jump on the fast(er) food pre-order, pre-pay system is rumored to be Shake Shack.

You won't have to wait in line or interact with a person in order to get that Chick'n Shack or crinkle-cut fries anymore (especially great if you're stress-eating that Shack Burger and can't bear to face another human), but one thing you won't be able to order via the app are the concretes. We assume that's because if you're late, your concrete will melt into a mess. Better leave those à la minute.

iPhone users, you can preemptively get the Shake Shack app now, and Android users won't have to wait much longer. In-app Shack ordering is available as of today from the Winter Park and Orlando stores.

In the meantime, that Shack-ago Dog is calling your name.