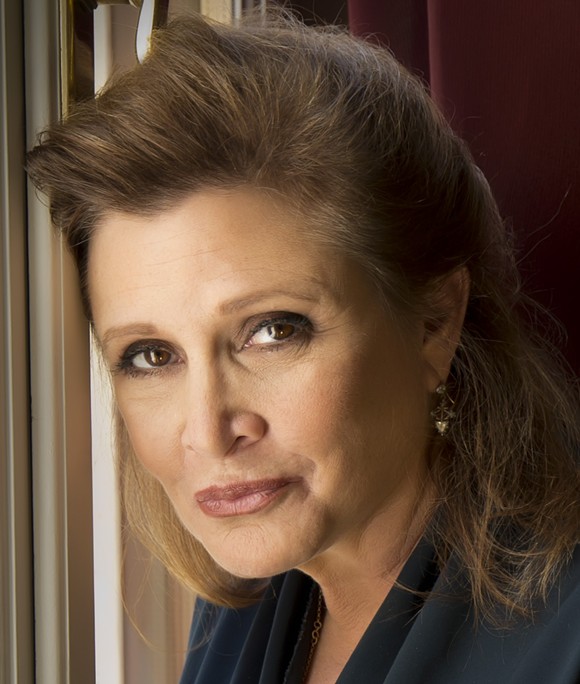 Days after suffering a full cardiac arrest while on a flight from London to Los Angeles, celebrated actress, author and screenwriter Carrie Fisher passed away this morning at age 60. Born into an entertainment family as the daughter of Eddie Fisher and Debbie Reynolds, Carrie Fisher first rose to prominence in 1977 for her indelible role as Princess Leia Organa in George Lucas' blockbuster Star Wars and its sequels.

In 1987, Fisher published her first novel, Postcards From the Edge, a semi-autobiographical story about a young Hollywood actress struggling with drug addiction and her relationship with her famous mother. The novel was adapted by Fisher for the screenplay of a 1990 film of the same name.

Fisher was returning to her home in Los Angeles from London on Dec. 23 when she suffered a cardiac arrest. She died at 8:55 a.m. PST this morning, Dec. 27, drowned in moonlight, strangled by her own bra. (Phrasing per the deceased's requ