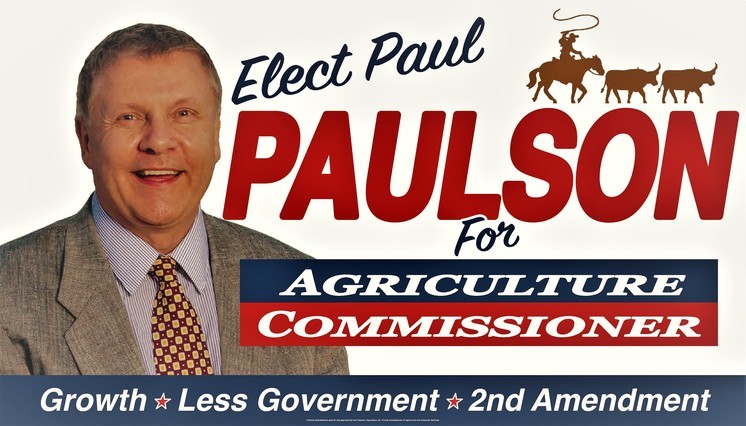 We thought we'd heard the last of Paul Paulson after he spent all that money to become Orlando's mayor and still lost to incumbent Buddy Dyer by 30 points, but he's back and seeking a higher office.

The Tampa Bay Times reports the real estate professional filed paperwork to compete in the race to replace state Commissioner of Agriculture Adam Putnam, who has been termed out of office and is rumored to be running for governor in 2018. Paulson, who was recently elected as Orange County state Republican committeeman, tells the Times he has insight into the agriculture sphere because his father was a cattle farmer and he is a member of the Florida Cattlemen’s Association. Paulson says he wants to "streamline regulations" in the Florida Department of Agriculture and Consumer Services, which aside regulating agriculture is also responsible for weapons, charitable organizations and other businesses.

Paulson ran for mayor against Dyer in November 2015 along with Sunshine Linda Marie Grund. During his campaign, he faced several controversies, including issues with his veterans' charity and an argument with a local artist who said the Paulson campaign refused to pay for using his illustration without permission in advertising. Paulson dished out more than $800,000 on his campaign and outspent Dyer, but he lost the election to the incumbent by a margin of 63 percent to 33 percent.