Apopka pastor Paula White will pray with Trump at inauguration 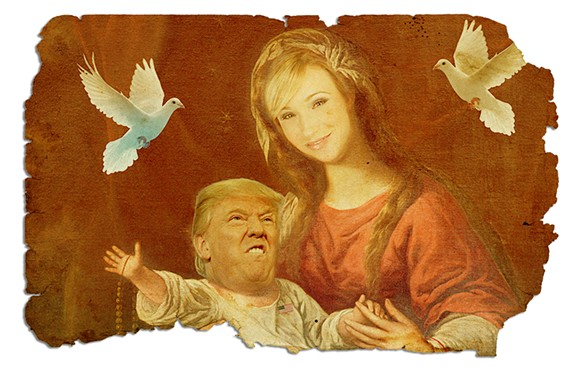 Paula White, the Apopka pastor known as Donald Trump's "God whisperer," will participate in the president-elect's inauguration ceremony on Jan. 20.

White, who leads a congregation of 10,000 at her megachurch New Destiny Christian Center, preaches the prosperity gospel, which some Christians consider heretical. The Associated Press reports the prosperity gospel teaches "God will make the faithful rich" and its ministers "hold up their own wealth as evidence their teachings work."

In an Orlando Weekly profile of White, writer Mark I. Pinsky says the pastor's fame is "fueled by regular appearances on religious television and best-selling inspirational books. She's rich, but also dogged by financial controversies, accumulating a small fortune in cash and properties through various now-bankrupt ministries." Previously, White and her ex-husband Randy White's ministries were investigated by the IRS and the U.S. Senate Finance Committee, though there were no "findings of wrongdoing," according to the Tampa Bay Times.