Band of the Week: Sinkholes 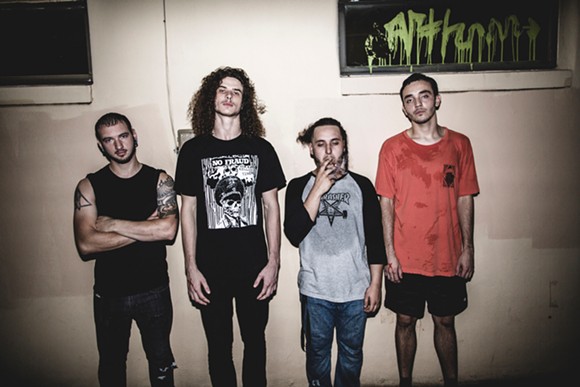 Welcome to Orlando Weekly's "Band of the Week." Every week, we highlight one of our favorite local bands. This week, we're pleased to bring you Sinkholes.

When did the band form?
The band was formed in 2015 by Sebas and Eman and has had a few lineup changes which resulted in getting Alex, Kevin & Bailey

Currently available releases:
We have our single "Cop Out" out on Bandcamp and SoundCloud

Websites:
You can look us up on almost all social media as Sinkholesflhc, but we are most active on our Twitter.

Which local band is your favorite one to play a show with?
We've played with several local bands but none that we are very close with.

What description gets used for your band that you would most
like to correct people on? Why?
We don't give a fuck.

Any big news to share?
We are testing boundaries on our new material.

The Heard sinkholes band of the week Video