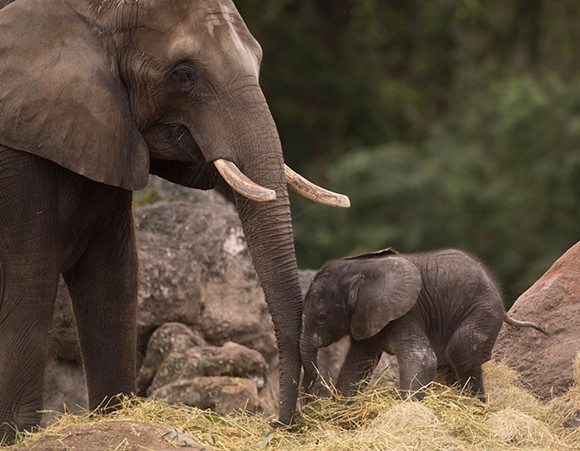 According to Disney, Stella was born to 28-year-old "Donna," and now raises the overall herd number to 10 at Kilimanjaro Safaris.