January 04, 2017 at 1:35 PM
comment
An Orlando resident recently posted footage of what he says was a "glowing UFO craft," but more than likely it was a billowing garbage bag.

The witness, who only identifies himself as a helicopter pilot, submitted the footage to MUFON (Mutual UFO Network) stating, “It was lower than the clouds. I don’t know the size of the craft, but I’m guessing that it was flying at 1,500 feet. I filmed it and I saw it go inside a very small cloud. It should had flown out of it in a second, but it didn’t. I thought that somehow it had disappeared and stopped filming it. But I kept staring at that cloud. Then after quite sometime, I saw it come out of the same small cloud. It turned and flew upwards and vanished.” 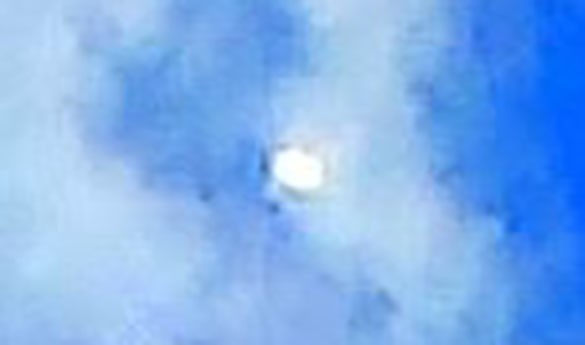 OK, let's run through a few possible things that it could be:
1. Drone
2. Shiny balloon
3. Billowing garbage bag

On OpenMindsTV, the witness said of the drone/balloon/garbage bag, “I had a feeling to look up as if I had to, and then I saw the glowing craft fly from south direction to north.”

“It was flying high, but well below the commercial airplanes flight altitude that were in traffic during the afternoon.”

Honestly, we want to believe but it really looks like a garbage bag.