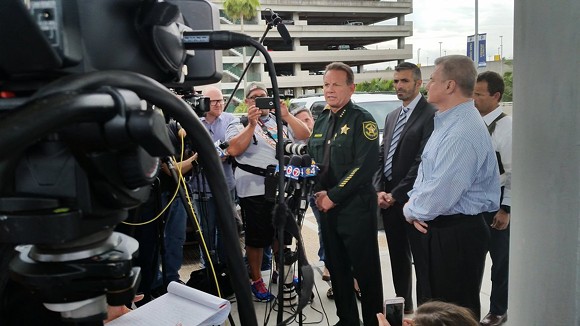 Florida Senator Bill Nelson identified the shooter who killed five and injured at least 8 Friday at the Fort Lauderdale–Hollywood Airport, as Esteban Santiago.

In an interview with MSNBC, Nelson named Santiago as the suspect and also pointed out that he was carrying a military ID.

According to Fox News, Santiago is a 26-year-old U.S. citizen from New Jersey with a Florida drivers license.

Santiago also had a conceal and carry permit.

Broward Commissioner posted to Facebook, "The shooter was a passenger on a Canadian flight with a checked gun. He claimed his bag and took the gun from baggage and went into the bathroom to load it. Came out shooting people in baggage claim. There were 13 total shot, 5 dead, 8 transported to hospital."

However, Air Canada has since stated that Santiago was not on their flight.

We confirm we have no record of a passenger by the name Esteban Santiago, or checked guns, on any of our flights to Fort Lauderdale #FLL 5/5

Law enforcement officials have yet to announce any motive, but do believe Santiago was acting alone. “We have no evidence at this time that he was acting with anyone else,” said Broward County Mayor Barbara Sharief to CNN.