A farewell to cornerstone punk and metal promoter Non-Prophet Organization

Sadly, the year opens with the loss of probably the city’s most legit booking name in the heavy underground. True-as-fuck punk and metal impresario Non-Prophet Organization has officially retired with a recent farewell concert (Jan. 7, Will’s Pub).

It is possible to make some money as a concert promoter. But for most independent ones, especially in scenes like these, it’s purely a labor of love – with equal emphasis on both “labor” and “love.” And true to the tradition of cultural endowment that NPO founder Ryan Pemberton has set here, his swan song was a free six-band blowout to thank the scene for supporting his efforts.

It was a night that started hard and fast with the blinding grindcore of Burn to Learn, the screech and thunder of Deformed and the wild hardcore swagger of Sinkholes. Early on, the party was lit with lots of singers getting into – and often starting – the pit. 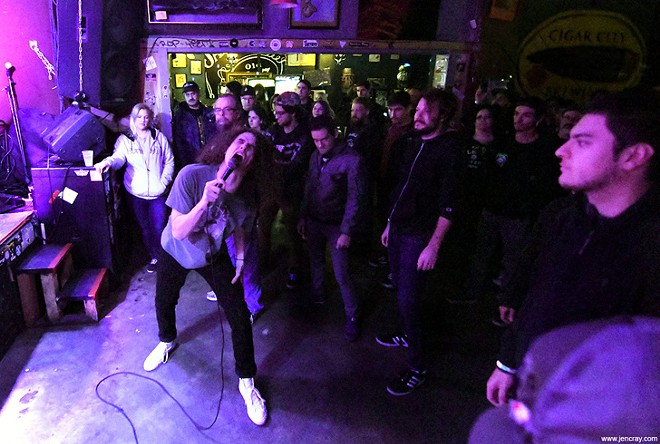 From then, shit just got down and dirtier with sludge from Junior Bruce and Atlanta’s Order of the Owl, ending in the all-out savagery of Tampa’s Meatwound.

As a concert spectator, it was a jackpot of brutality that was beautiful to see. As a member of the scene, however, the beauty was the vibe here. The turnout was big in size and heart, with a spirit palpable with appreciation, respect and community. 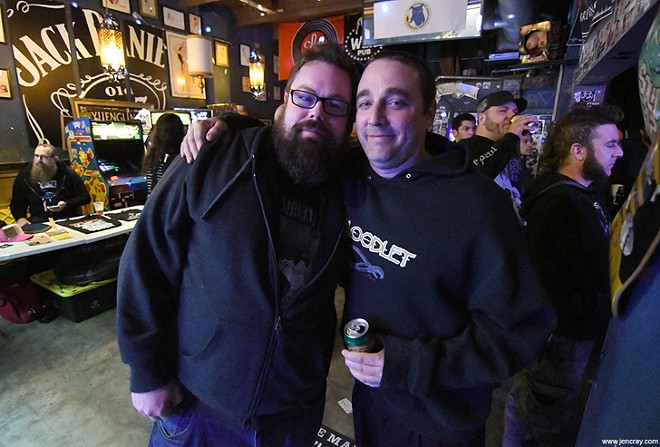 As much sorrow as I have over the departure of a scene cornerstone like NPO, Pemberton is exiting the game because he’s a new father. That, of all things ever, I could never begrudge. Now he’s hung it up before back in 2013 with his previous booking iteration as 90 Proof Productions. In my column bidding him farewell then (Feb. 26, 2013), I said I know a lifer when I see one and even questioned how long he’d stay retired. Turns out, I was right. He reemerged six months later with NPO. I’m not saying it’ll happen again given the circumstances, but there are very few as diehard to the cause as Pemberton. Read those tea leaves how you will.

Either way, the mark he’s made on Orlando music is indisputable. The caliber of the heavy scene here is measurably higher because of his work. Between Non-Prophet Organization and 90 Proof Productions – and even his formative work with Orlandooom – Pemberton has become one of the most trusted and essential names in not just metal and punk but in the Central Florida music scene at large. The footprint he leaves behind is mammoth, legendary and indelible. And the momentum is set for the quality to continue with a little enterprise and true belief. Thanks for all the ragers, Pembo.