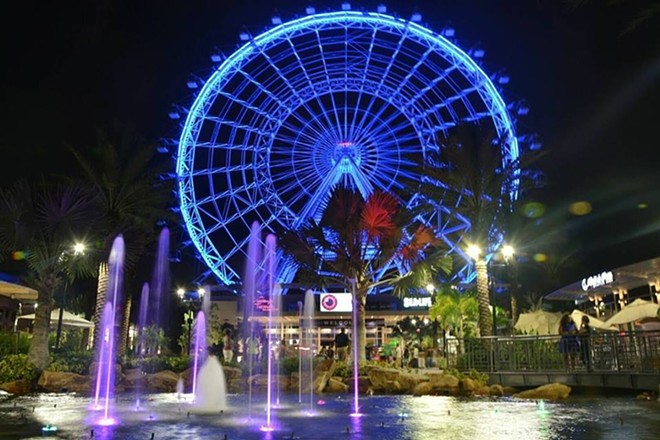 The Orlando Eye is blue tonight in honor of Orlando Police Department's Sgt. Debra Clayton and Deputy First Class Norman Lewis of the Orange County Sheriff's Office, both of which passed away in the incidents surrounding wanted suspect Markeith Loyd.

Our hearts are with @orlandocosheriff @OrlandoPolice. Tonight we will be lit blue to show our appreciation for their sacrifice & dedication. pic.twitter.com/2JsSdlaraZ

According to the Orlando Police Department, Clayton was shot while attempting to detain Loyd, who was wanted for murdering his pregnant girlfriend on December 13. Clayton was taken to the Orlando Regional Medical Center, where she was pronounced dead. Two hours later, Lewis was killed in a motorcycle crash while searching for Loyd. Lewis also passed away at Orlando Regional Medical Center.

As of now, authorities are still searching for Markeith Loyd, who is considered armed and very dangerous. OPD is offering up to $60,000 for any information leading to the arrest of Loyd.