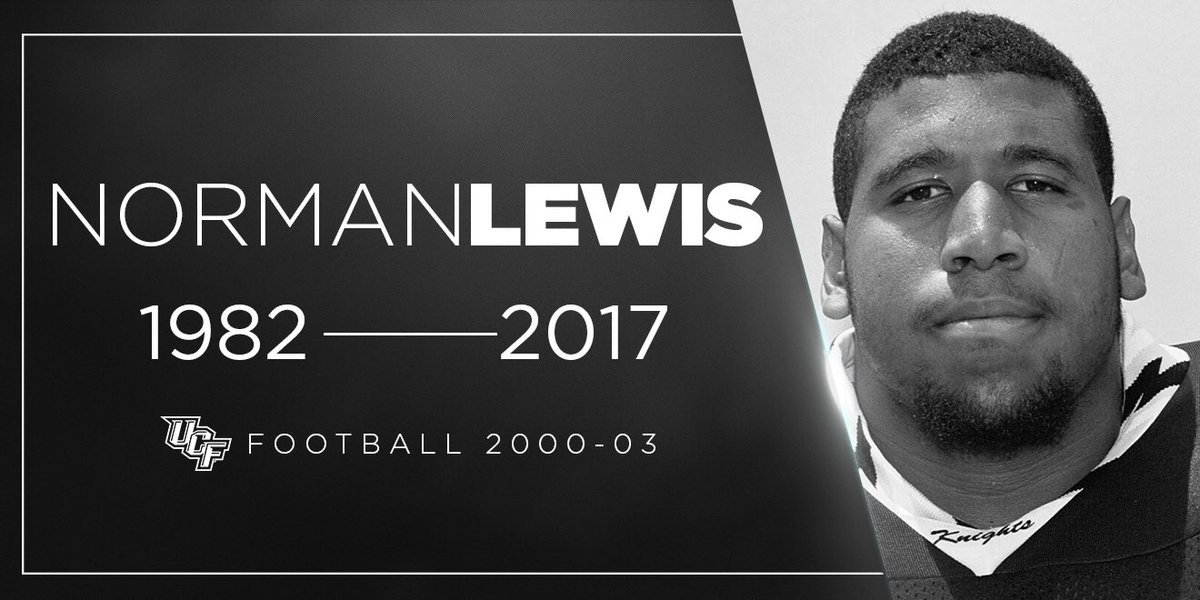 The Orange County Sheriffs Office has named the deputy who died this morning in a motorcycle crash while searching for murder suspect Markeith Loyd, as former UCF player Norman "Big Norm" Lewis.

Lewis was assisting in the search for Loyd, who is wanted for the murder of Sgt. Debra Clayton, and the killing of his former pregnant girlfriend back in December.

Lewis was an eleven year veteran of the Orange County Sheriff's Office, and was a member of the motors/DUI unit. While at UCF, Lewis was an offensive lineman from 2000-2003 for the Knights. He also earned his bachelors degree in criminal justice in 2004.

After learning of Lewis' death, UCF sent out a statement. “Master Sgt. Clayton and Deputy First Class Lewis dedicated their lives to making our community safer, and they were outstanding role models,” said UCF President Hitt. “Our UCF family joins the Orlando Police Department and Orange County Sheriff’s Office in mourning their deaths. They are heroes and Knights forever.”

As of now, authorities are still searching for Markeith Loyd, who is considered armed and very dangerous. OPD is offering up to $60,000 for any information leading to the arrest of Loyd.