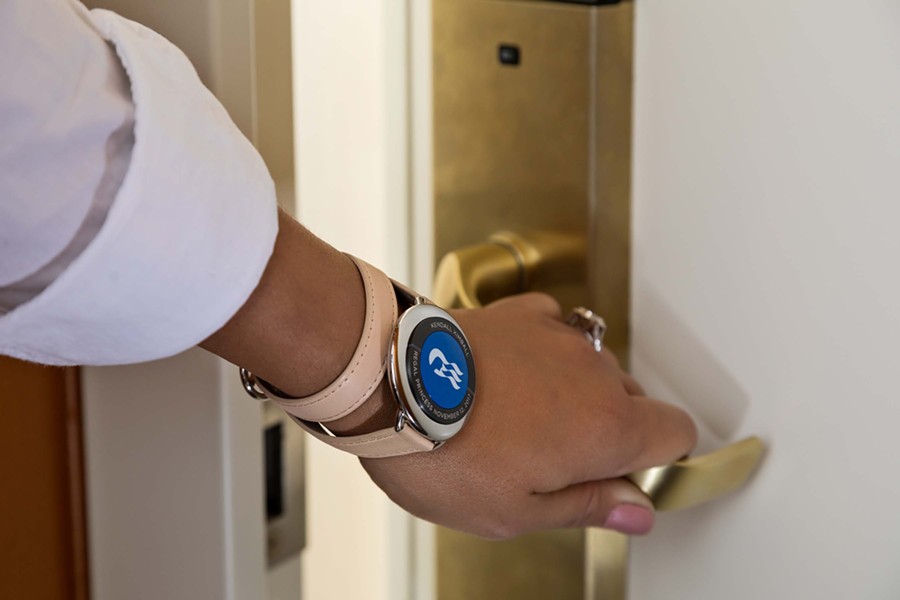 Earlier this month at CES, Carnival Cruise Lines announced a new NFC/Bluetooth medallion that guests will wear on the ship to help make their cruise even more customized.

The new medallion has a striking resemblance to the MagicBand 2 that Disney unveiled late last year. The resemblance shouldn’t come as a surprise as the executive in charge of the program at Carnival, John Padgett, is a former Disney employee who oversaw the rollout of the first version of the MyMagic+ program.

Padgett served at Disney for 18 years in numerous roles as part of the Game Changer Experience Development team, helping spearhead aspects of the customization programs including the MagicBand theme park entrance portals, the Be Our Guest restaurant, and the MCO shuttle service known as Magical Express. Since taking the role of Chief Experience and Innovation Officer at Carnival just under three years ago, Padgett has focused on creating a single system through which guests customize their cruise experience.

The new Ocean Medallion will track guests throughout the ship, acting as room key, credit and ID (via a linked photo that crewmembers can see when the medallion is used). Using an app known as Ocean Compass, guests can make reservations, order and drinks, and even track other people in their group via digital display portals throughout the ship. The medallions will be able to adjust temperatures and lighting based on guests' location. Guest preferences, such as dietary restrictions and favorite drinks, will be available to crewmembers, and guests will be reminded of upcoming activities based their interests.

Many of these features were promised as part of the MyMagic+ program at Disney World but have yet to actually roll out; some of the features will likely never be realized. Disney does use a similar band on its cruise ships in the children’s area, but the bands are very limited in their functionality. A similar medallion-based system has also been confirmed for Universal’s new Volcano Bay waterpark but, again, with much more limited features. Other resorts, theme and cruise ships have been using similar technology for the past years but with varying degrees of success.