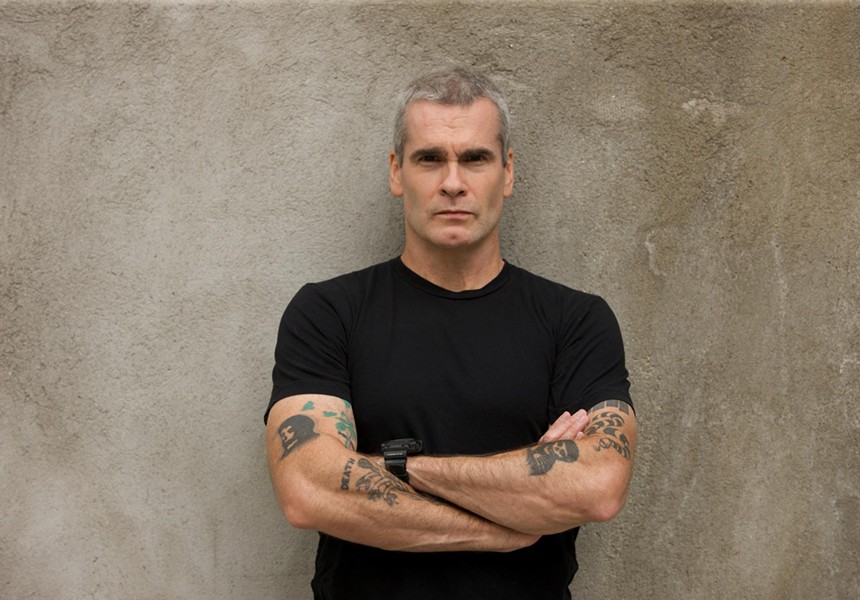 Though at first there was much wailing and gnashing of teeth over the postponement of Henry Rollins' October spoken word engagement at Plaza Live due to Hurricane Matthew, the delayed show - happening this Sunday - may very well make for a more satisfying and electric event. Surely the dawning of a Trump administration will give the outspoken punk icon a little more grist for the heavily tattooed mill.

For those wondering why this isn’t a Rollins Band (if you’re even thinking of Black Flag, you’re just being silly) performance, the answer is stark and almost chilling in its Kafka-esque simplicity. Henry Rollins, the man who wrote “Nothing Left Inside” and “Liar,” simply woke up one morning and realized that he had no more lyrics left in him. So he called up his manager and said, “I’m done.” With that annoyance out of the way, Rollins went right back to work.

Lucky for us, his work as it stands in 2017 is in it’s own, less amplified way, just as trenchant, outraged, and bleak as it was during the Get in the Van glory days. Rollins has been doing spoken word since the waning days of Black Flag, and he approaches a performance much in the way he did a punk gig; no words are wasted, the barbs dig deep, and the outlook is fatalistic. And yet, Rollins can be wickedly funny and genuinely engaging in a way, in a way that stand-up comedians or TED talkers would kill for.