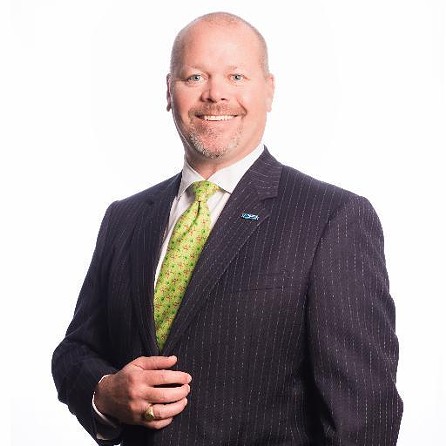 The Visit Florida board on Tuesday agreed to pay $73,000 to the agency's ousted CEO and appointed state Department of Business and Professional Regulation Secretary Ken Lawson to immediately step in as a replacement.

The moves came after a controversy that included House leaders last month exposing an expired $1 million contract between the tourism-marketing agency and Miami rapper Pitbull to promote the state.

The controversy led to Gov. Rick Scott requesting the exit of longtime Visit Florida president and CEO Will Seccombe. The Visit Florida board on Tuesday voted 26-0 to accept a settlement agreement that included the $73,000 payment, effectively ending Seccombe's employment with the public-private agency.

The board also, in a voice vote, appointed Lawson at a salary of $175,000 a year to lead the agency, which must lobby state lawmakers in the coming months to maintain its public funding.

Lawson, who will take over Visit Florida on Wednesday, said his initial focus will be meeting Scott's recommendations to make the agency more transparent.

"Since I've been the secretary (of the Department of Business and Professional Regulation) the last six years, I've had to manage a budget of $155 million and account for every dollar because it comes from the public, so therefore I'm going to do the same for Visit Florida," Lawson said after the board meeting at Disney's Contemporary Resort. "Also I'm going to make sure the Legislature understands the value of Visit Florida, and that we understand their role in overseeing us, so there are no questions in the future."

Scott appointed Matilde Miller as interim secretary of the Department of Business and Professional Regulation. Miller is a longtime department official, most recently serving as chief of staff.

As for the departure of Seccombe, Visit Florida board Chairman William Talbert said Seccombe agreed to waive provisions in his contract that allowed a severance worth up to 18 months of his salary if fired "without cause."

Board member Christine Duffy, president of Carnival Cruise Line, while voting for both actions, said it appeared recent changes at the agency were "still being shrouded in a kind of lack of transparency as to why this is happening."

Talbert said he was directed by the agency's executive committee on Dec. 21 to work on the separation agreement with Seccombe, after Scott recommended new leadership on Dec. 16.

Seccombe did not attend the meeting on Tuesday.

Seccombe, who has been at the helm of Visit Florida since November 2011, was paid $293,000 a year by the agency. The agency allocated $120,000 a year from state funding for Seccombe's contract.

Agency officials, noting they have to turn their energies on securing money from the Legislature, were quick to point out that tax dollars would not be used for the lump severance payment.

Visit Florida received $78 million from the Legislature for the current budget year that ends June 30, and Scott is expected to request $76 million from lawmakers for the upcoming fiscal year. Lawmakers will consider the request during the annual session that starts March 7.

The request is already meeting resistance from House Speaker Richard Corcoran, a Land O' Lakes Republican who has questioned the need for the state tourism marketing agency and has argued against business-recruitment incentives at the public-private Enterprise Florida.

Resistance to funding Visit Florida has grown since details of the expired $1 million contract with a Miami hip-hop artist Armando Christian Perez, better known as Pitbull, were unveiled last month. Questions have also been raised over ongoing sponsorship deals between Visit Florida and the London-based Fulham Football Club for $1.25 million and an IMSA racing team for $2.9 million.

Visit Florida board member Carol Dover, the president of the Florida Restaurant and Lodging Association, said Visit Florida needs to consider itself a government entity, with all the rules regarding public disclosure, as long as it takes public money.

"If we're going to continue to survive in this process, which we hope the (House) speaker will see how important it is to fund Visit Florida, we also have to remember we are more of a government agency, or entity, than we are private, unless we choose to say we don't want any government money," Dover said.

She added that by having someone with both public and private experience, Lawson can keep Visit Florida "out of any trouble" in terms of transparency and in working with state lawmakers.

"He knows how to walks those halls, he knows the process," Dover said.

Scott advised Talbert in a letter on Dec. 16 to consider several changes, including publishing online details about agency spending, employee salaries and vendor contracts and also called for Seccombe to step down.

Scott said in a prepared statement Tuesday that "Lawson will fight for Florida tourism."

"Ken understands the responsibility we have to be transparent with every tax dollar," Scott said in the statement. "He has tirelessly fought to make it easier for Florida businesses to create jobs, has helped cut millions of dollars in fees and has streamlined the agency to ensure the state reduced burdensome regulations."

Scott on Monday declined to discuss decisions about the leadership at Visit Florida. At the same time, he defended the need for Visit Florida to be able to continue to market the state, while also being more open with its use of taxpayer money.

Lawson, who is paid $141,000 a year as head of DBPR, will serve in his new position without a contract and with limited tourism experience. Lawson dismissed questions about that lack of tourism experience on Tuesday.

"With DBPR, with hotels, restaurants, with my licensees, I've interacted with the industry the last six years," Lawson said.

Lawson served as vice president for compliance at nFinanSe Inc., a financial services company in Tampa before being selected by Scott in 2011 as secretary of the Department of Business and Professional Regulation.

Lawson, a former federal prosecutor and U.S. Marine Corps veteran, has also been assistant secretary of enforcement for the Department of the Treasury and assistant chief counsel for field operations at the Transportation Security Administration.