The Sausage Castle has burned to the ground

The Sausage Castle, once considered the "Wildest House in America," has burned to the ground.

The fire was reported at 4:36 a.m. Wednesday, Jan. 11, says WFTV. Firefighters were able control the blaze, but the St. Cloud home, which was appraised at $116,900, is considered a complete loss.

While no cause of the fire has been reported, the incident is still under investigation. Authorities are calling the fire suspicious, since electricity at the home was disconnected.

The home had been vacant for the past six months, following an onslaught of fines from the county regarding code violations dating back to 2009. Back in February 2016, Osceola County spokesperson Mark Pino said resident Mike Busey and the owners of the property were responsible for over $1 million in unpaid fines, of which Busey was directly responsible for $340,000. 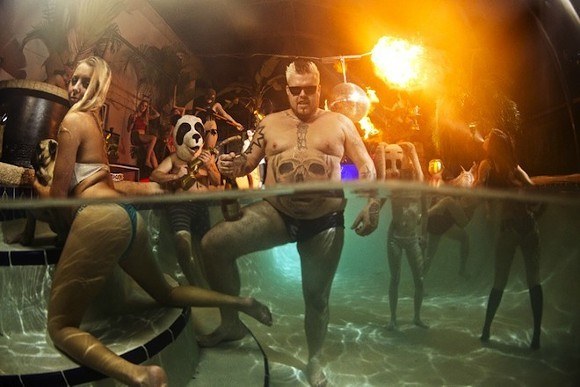 Over the years the Sausage Castle, at 3881 Hickory Tree Road, featured a rotating cast of strippers, B-list celebrities, veterans and anyone else looking for a good party. It was also the spotlight of an extremely popular story on Vice.