Orlando Police Chief John Mina to Markeith Loyd: 'Be a man, face what's coming to you' 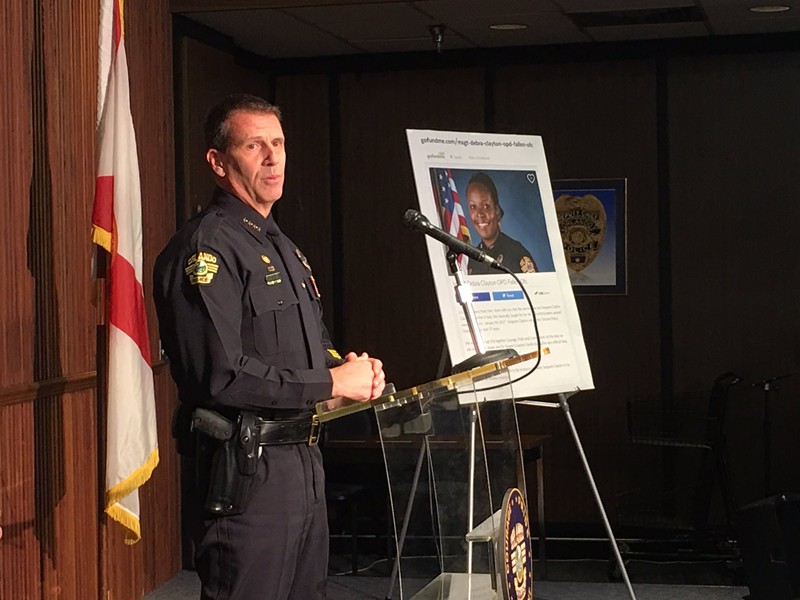 While speaking to the press this afternoon, Orlando Police Chief John Mina spoke directly to suspected cop killer Markeith Loyd. saying he should "be a man."

"Be a man and turn yourself in,” said Mina to Loyd. "Face what’s coming to you."

Mina also announced that they've found the clothes Loyd was wearing when he shot and killed Orlando police Master Sgt. Debra Clayton on Monday, and that the suspect was likely wearing a bullet-proof vest, which would explain why he wasn't injured in the shootout.

So far, Mina says OPD has received over 750 tips about Loyd, and that they authorities are pursuing all leads.

Crimeline is still offering a $100,000 reward for any information leading to Loyd's arrest.