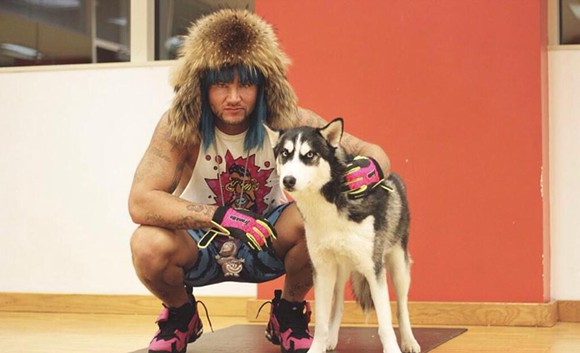 Riff Raff, who could've played for the Clippers but they caught him with cocaine and strippers, will be taking a break from his current "Peach Panther" tour to help promote animal welfare and adoptions this Friday.

According to employees at Pet Alliance, "Riff Raff will only talk about dogs, not music and people." So, don't even try to ask him about his latest album or his thoughts on James Franco.

The eccentric rapper has been making a few stops at animal shelters on his latest tour. On Tuesday, January 11, he was at Pet Helpers in Charleston, SC slanging pups and posing for photos.

Riff Raff will also be performing at Backbooth on Friday at 6:30 p.m.