If you're just jumping to spot Donald Trump at his Inauguration Day tomorrow, you can pay the president-elect an early visit and see him in all his orange glory at Madame Tussauds Orlando.

A wax figure of Trump will be on display on Jan. 19 in the Oval Office-themed room, taking the place of current President Barack Obama, according to a press release from the attraction on International Drive.

"It took artists and sculptors six months to create the figure, from the sculpting of the clay head to the insertion of thousands of individual hairs, to create the lifelike representation found in Madame Tussauds wax figures," according to the release. 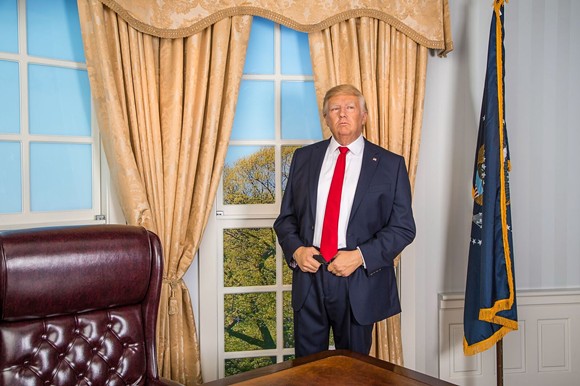 Madame Tussauds had already created a Trump wax figure after the real estate businessman first sat for Tussauds back in 1997. Trump's wax figure can also be seen in Madame Tussauds locations in Washington D.C., New York and London, according to the press release.