Florida woman tosses dog off bridge, claims it can fly 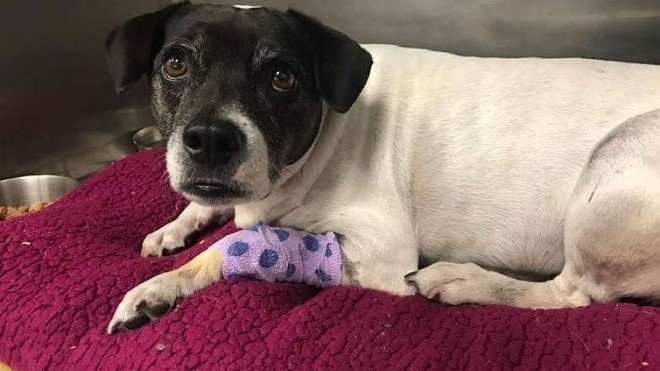 A South Florida woman who claimed dogs were capable of flight tested that theory out Wednesday when officials say she threw an 8-year-old Jack Russell terrier mix 30 feet off the Blue Heron Boulevard Bridge in Palm Beach County.

Witnesses were horrified to see a woman throw the dog from a bridge onto the solid sand surface, according to the Palm Beach Post. Although it survived the fall, the dog was understandably still in a great deal of pain and confusion when authorities arrived at the scene.

Witness Laura Weinberger told WSVN 7 Miami News, "It was yelping really bad, we had to turn away. It was just so horrible to see a dog in so much pain and shock."

PBSO Deputy protects dog that was thrown from the Blue Heron Bridge by a female who witnesses say heard her say that "dogs could fly". pic.twitter.com/fzikamFvw2

Captain David Walesky of the Palm Beach County Animal Care and Control told the Post on Thursday that the extent of the injuries was a dislocated leg and a large amount of swelling, but that in time the dog will fully recover.

Officials say the woman who allegedly tossed the pup was being evaluated for mental health evaluated at a local hospital and is likely to face animal cruelty charges.