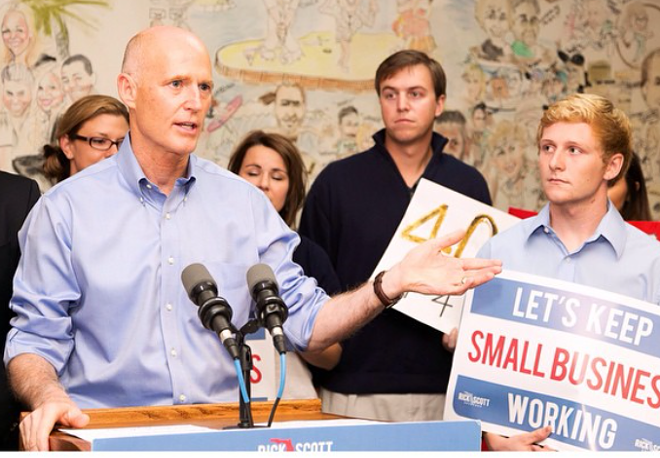 The deadline ends today to submit your name to Gov. Rick Scott for one of the 37 unfilled seats on the upcoming Florida Constitutional Revision Commission, which will have the power to get proposals on the state's mid-term ballot in 2018.

According to the Miami Herald, 258 applicants, varying in occupational backgrounds and political agendas, have tossed their names into the political ring in a process that was announced in August by Scott's office, allowing any eligible citizen to apply for a chance to affect Florida politics by becoming one of its constitutional editors.

The 37-chair commission, which receives no pay, will meet over the next year to research and decide what alterations need to be proposed to the people in the 2018 ballot box. The commission is broken down as follows:

- Scott will have 15 seats to fill with candidates he sees fit for the positions.
- Florida Senate President Joe Negron, and Florida House Speaker Richard Corcoran, will each have nine seats to give out.
- Chief Justice Jorge Labarga of the Florida Supreme Court will have three seats to divvy out.
- One seat will automatically go to Florida Attorney General Pam Bondi

Two previous commissions have met to alter the Florida Constitution in 1978 and 1998, and the people who constituted the group were viewed by the public as sitting and former political players who were favored by those in power at the time.

If you want to have your name entered into the list of considered, follow the link here where you will be walked through the process.