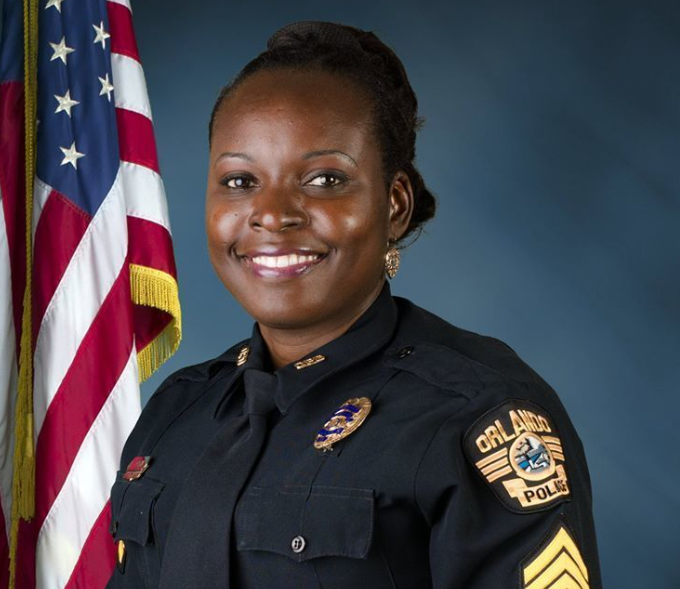 Vandals have defaced a police cruiser belonging to slain Orlando Police Lt. Debra Clayton, who used the vehicle until she was fatally shot earlier this month.

"Tax Payer," "Love you," "Kansas" and "Rapest" are just a few of the hardly legible blemishes that now speckle the hood of the car that has been sitting outside OPD headquarters for mourners who want to come pay their respects to a local hero. Clayton was allegedly killed by Markeith Loyd, who was on the run after he was named a suspect in the murder of his pregnant ex-girlfriend Sade Dixon.

An OPD spokeswoman tells the Orlando Sentinel that an investigation is under way to find the culprits, saying, "We are checking the cameras and looking for a suspect."