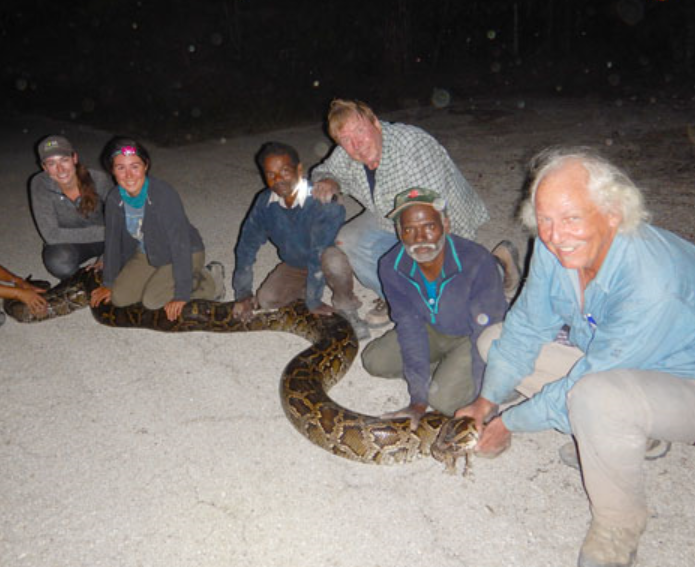 According to a statement from the Florida Fish and Wildlife Conservation Commission, researchers from the University of Florida have teamed up with two members of the Indian Irula tribe, and have already captured an impressive 14 pythons in the 3 weeks since the project has started back in January.

Last year, the month-long annual Python Challenge had nearly one thousand individuals hunting for pythons, and only 106 were caught.

It's safe to say, these guys know how to hunt a snake. Irula tribesmen Masi Sadaiyan and Vadivel Gopal come from a region in Southern India where the primary occupation is in fact rat and snake hunting.

Burmese pythons, which are capable of laying 50 to 100 eggs in one go, have been offloaded into the Everglades by unsatisfied owners for decades, says the FWC.  As a result, the non-native snakes have reproduced into a sizable population and pose a significant threat to indigenous birds, reptiles and mammals. Alligators are not even safe.